Listen · 5:00 5:00
Judiciary Committee Chair Says He Is Confident Kagan Will Be Confirmed 5:00 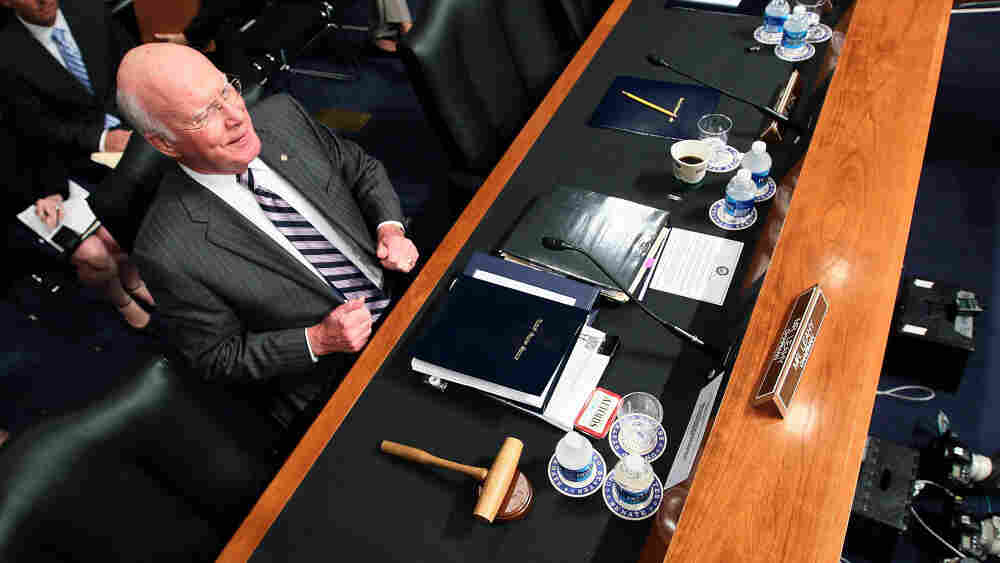 "I'm an old trial lawyer," he said. "I never put my verdicts away until the jury came back, but I think the jury is going to be all right on this one."

Leahy had high praise for Kagan's poise and performance during her testimony before the Senate Judiciary Committee, which he chairs.

"She's been asked a whole lot of questions," Leahy said. "She's answered them. Maybe some have disagreed with her answers, but I think she has been more forthcoming than certainly any nominee that I can recall since I've been in the Senate."

He said the hearings made him feel like he was "back in law school, with some of [his] favorite teachers."

During a break yesterday, one of his colleagues, Sen. Jeff Sessions (R-AL), told reporters he was dissatisfied with the way the nominee answered questions about her tenure at Harvard University, where she was an outspoken critic of the military's "don't ask, don't tell policy."

In the interview, Leahy responded to what Sessions said.

"Recruiting never stopped at Harvard," he said. "In fact, at least in one year, it went up."

The inescapable fact is that military recruiting continued at Harvard while she was there. It continued with her predecessor. And it continued after she left. ... Nobody can escape that fact. Now, it doesn't comport with what some of the ultra-right-wing commentators have been saying, but you know, facts are pesky things. Facts are facts.

Much more from the interview with Leahy will be on today’s All Things Considered. Click here to find an NPR station near you that broadcasts or streams ATC. Later, the as-aired version of his report will be posted here.