Accessibility links
BP CEO Hayward Vows To Recover Every Oil Drop : The Two-Way In words reminiscent of President Barack Obama's recent promise to the people of the Gulf Coast region, BP chief executive Tony Hayward on Thursday promised that the energy giant would remain on the job for as long as it takes to clean up the mess... 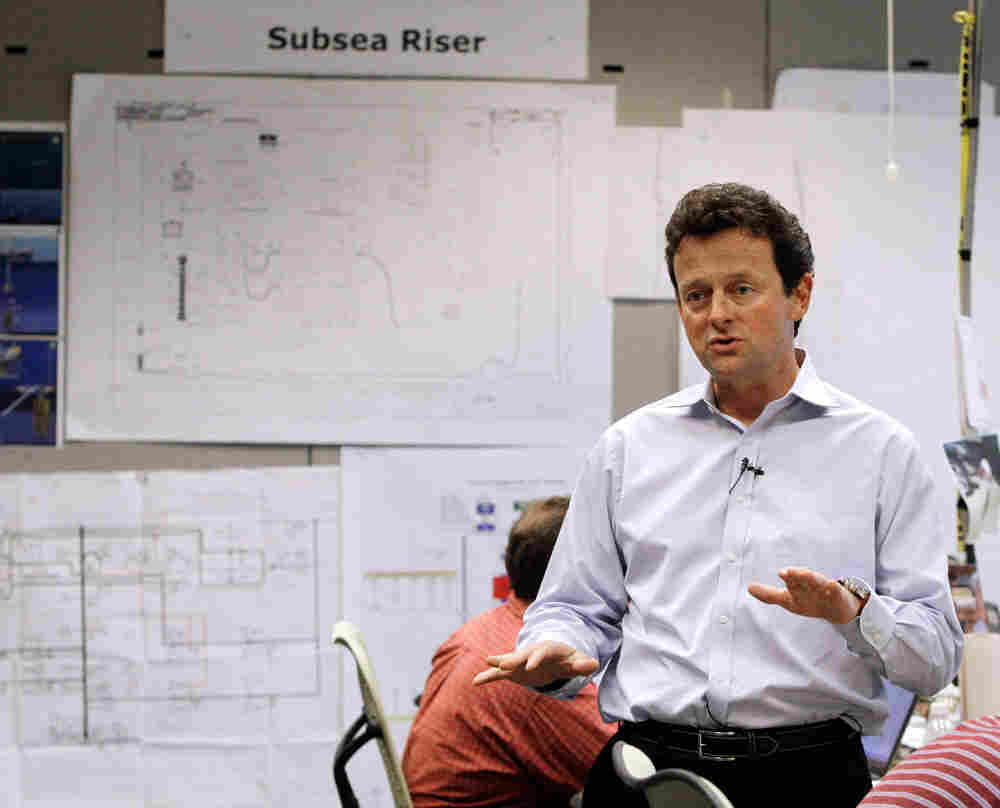 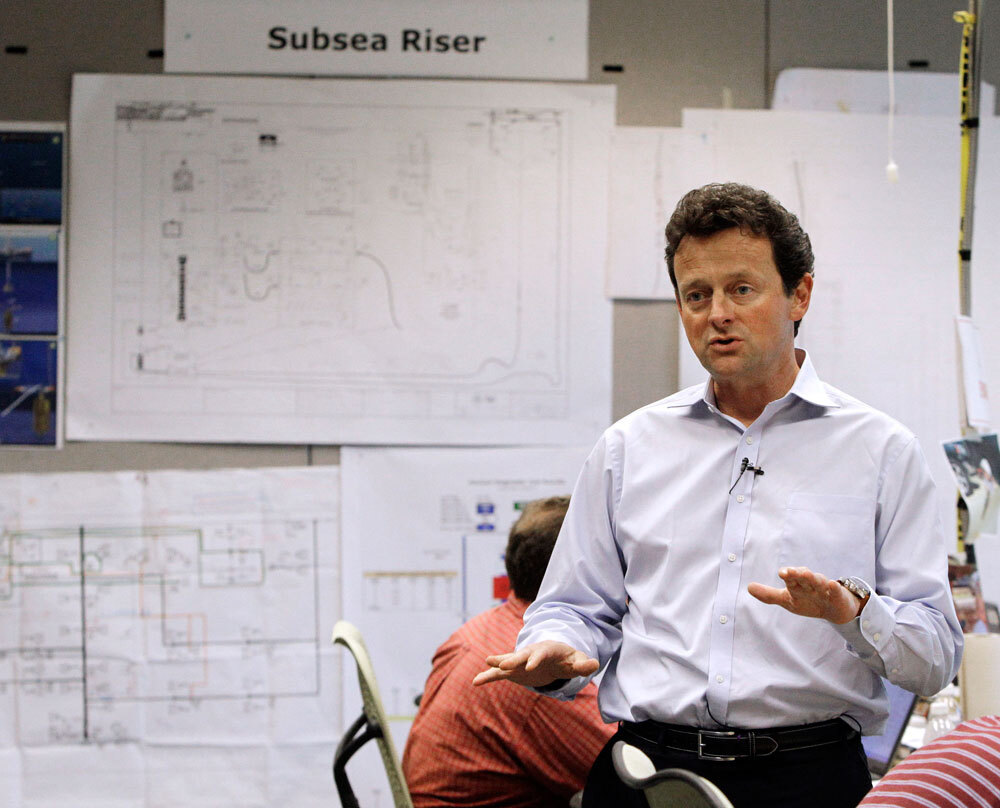 BP CEO Tony Hayward updates reporters on efforts to clean up the catastrophic oil spill off the Louisiana coast.

In words reminiscent of President Barack Obama's recent promise to the people of the Gulf Coast region, BP chief executive Tony Hayward on Thursday promised that the energy giant would remain on the job for as long as it takes to clean up the mess it created.

And Hayward even went beyond the president, who during a recent news conference seemed to knock the media's notoriously short attention span. Obama said the U.S. government would be in the Gulf long after the news crews departed. Hayward seemed to try to do Obama one better, saying that BP would even outlast the Coast Guard. Why he'd want to diss the Coast Guard is anyone's guess.

Our task is to contain the oil. Ultimately to eliminate the leaking well, but most importantly, to clean up all of the oil, defend the shoreline and restore the shoreline where oil does come ashore, such that we return it to its original state. BP will be here for a very long time. We recognize that this is just the beginning. In addition to all of that, we're going to be here long after the media is gone, the Coast Guard is gone. And everyone else involved in the spill response is gone. Because our commitment is to work with the communities and societies of the Gulf Coast to give them back their livelihoods and their way of life as fast as we can. And we will be here until that task is complete.

Asked by one of those presumably inconstant reporters why BP was using some resources for an ad campaign when so much money would be needed to contend with the actual physical affects of the continuing oil spill, Hayward said:

We're not sparing any resources in terms of the amount of effort, people and equipment we have to prevent oil getting to the shore.

We have 30,000 people who are involved in this effort, 15,000 people from BP contractors and the Coast Guard, 15,000 volunteers in addition to several thousand National Guard. There are 5,000 fishing vessels involved in this effort, hundreds of skimmers, 50 to 60 planes spotting the oil so we can attack it on the surface. So there is an enormous resources being thrown at this and we will continue to do that until every drop of oil has been recovered.

One obvious question: Hayward doesn't really believe BP is going to recover every last drop of oil, does he? Because if he does, he's likely alone in that belief. And if he doesn't believe that, why is he saying that then?

While such an unachievable promise is probably meant to show BP's good intentions, it arguably hurts the energy giant's already severely diminished credibility, battered any number of times since the April 20 accident on the Deepwater Horizon deep sea oil platform.

Also, a number of analysts expect that Hayward's days at BP's helm are numbered because he has made a number of public-relations missteps.

Like when he minimized the effects of the spill by saying it was relatively small compared with the size of the Gulf of Mexico. Or complained publicly that no one wanted the disaster to end more than he did since he wanted "to get my life back."