Accessibility links
Guatemala's Sinkhole Staggers Minds And Neighborhood : The Two-Way One of the most arresting images in the aftermath of Tropical Storm Agatha that struck Central America in recent days has to be the giant sinkhole that opened up in Guatemala City. 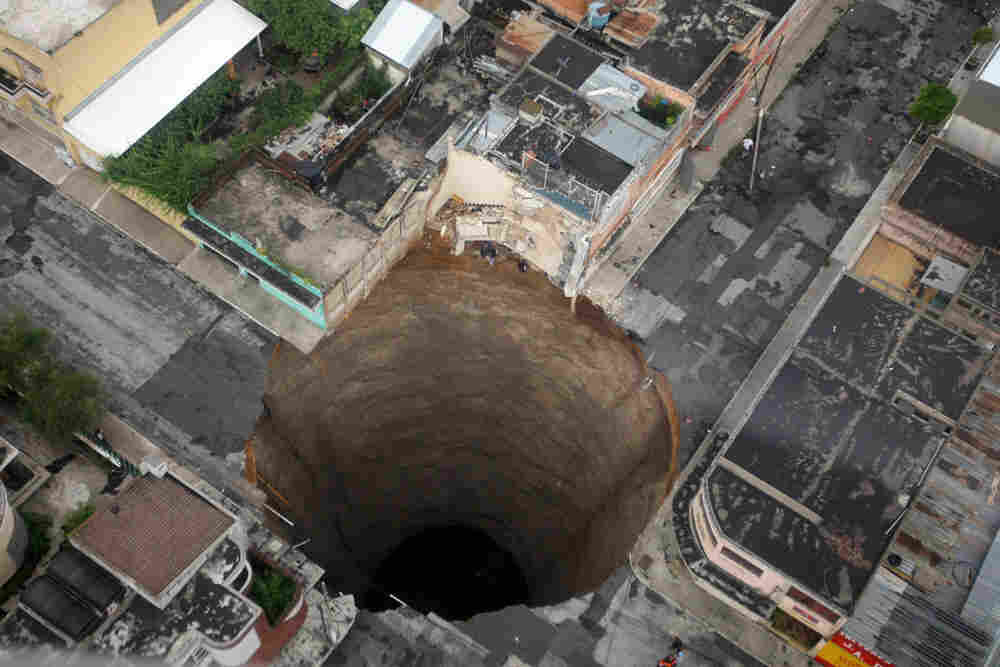 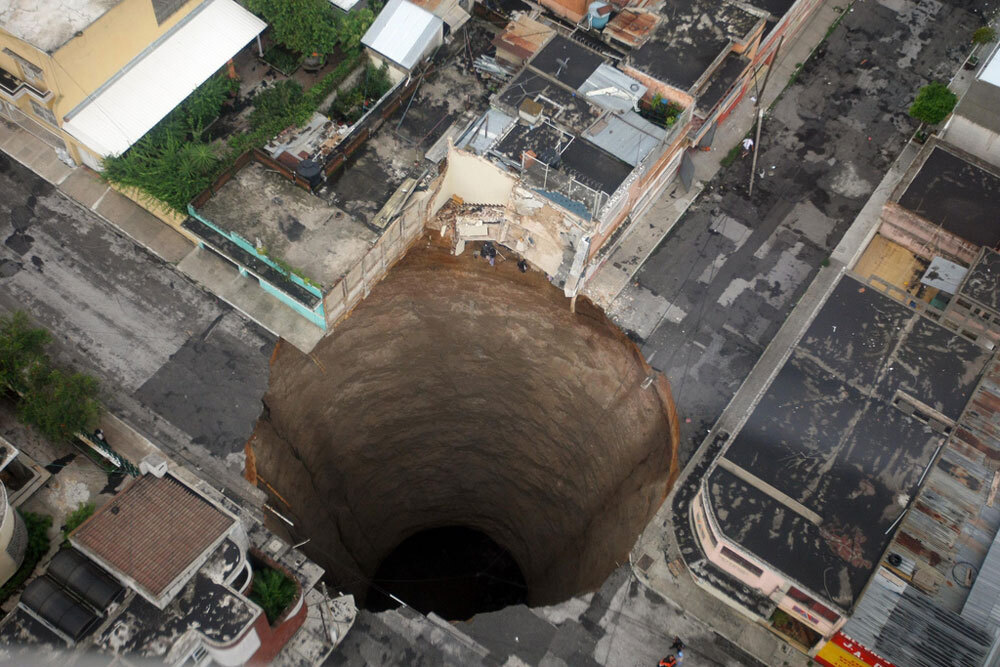 One of the most arresting images in the aftermath of Tropical Storm Agatha that struck Central America in recent days has to be the giant sinkhole that opened up in Guatemala City.

The sinkhole, which swallowed an entire intersection and apparently one building, is so deep it's impossible to see its bottom in the available photos. There are reports that there's more than one of these sinkholes in the capital city.

The photo is so astonishing, some have thought it was Photoshopped. But again, the photo is on the government's official Flickr photostream and the giant sinkholes that are being called deathtraps are referred to in on-the-scene reports.

Also, massive sinkholes have formed before in built-up areas of Guatemala City.

Sinkholes are created when the underlying limestone or similar rock is eroded away by water that creates subsurface caves and caverns. The ground above the eroding rock then falls into the space which is what appears to have happened in the intersection in the photo.

News reports indicated that no one was killed by the above sinkhole though dozens of people have died in Guatemala because of the rains and resulting floods and mudslides.

GUATEMALA CITY (AP) - Flooding and landslides from the season's first tropical storm have killed at least 150 people and made thousands homeless in Central America, officials said.

Dozens of people were missing and emergency crews struggled to reach isolated communities cut off by washed-out roads and collapsed bridges caused by Tropical Storm Agatha.

The sun emerged Monday in hardest-hit Guatemala, where officials reported 123 dead and at least 90 missing. In the department of Chimaltenango - a province west of Guatemala City - landslides buried dozens of rural Indian communities and killed at least 60 people, Gov. Erick de Leon said.

"The department has collapsed," de Leon said. "There are a lot of dead people. The roads are blocked. The shelters are overflowing. We need water, food, clothes, blankets - but above all, money."

In the tiny village of Parajbei, a slide smothered three homes and killed 11 people.

"It was raining really hard and there was a huge noise," said Vicente Azcaj, 56, who ran outside and saw that a hill had crumbled. "Now everyone is afraid that the same will happen to their homes."