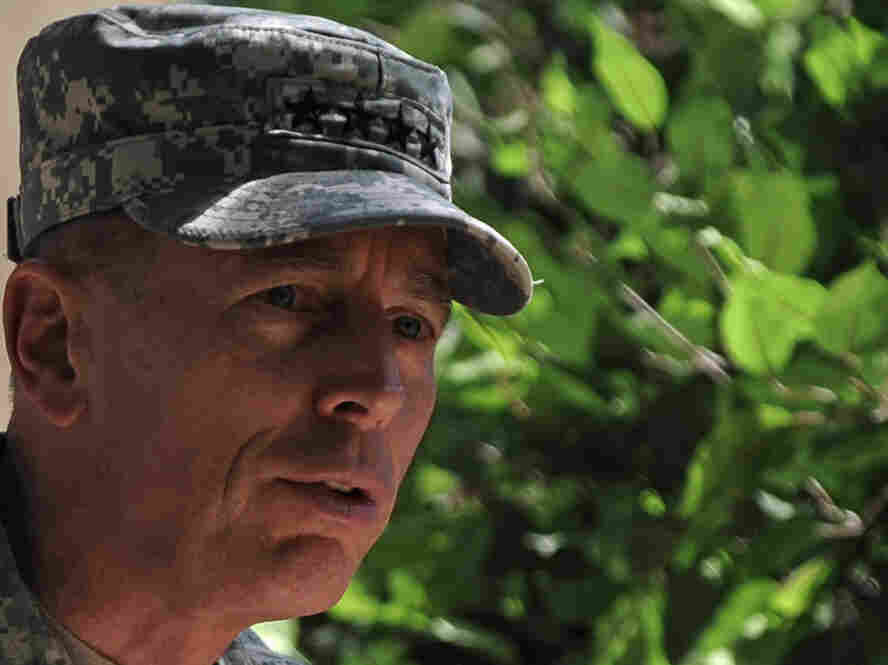 In a letter to "the Soldiers, Sailors, Airmen, Marines, and Civilians of NATO's International Security Assistance Force," Gen. David Petraeus, the new commander of U.S. and NATO forces in Afghanistan, affirmed his commitment to "a mission of vital importance to the people of Afghanistan, to our nations, and to the world."

"Together, we can ensure that Afghanistan will not once again be ruled by those who embrace indiscriminate violence and transnational extremists, and we can ensure that Al Qaeda and other extremist elements cannot once again establish sanctuaries in Afghanistan from which they can launch attacks on our homelands and on the Afghan people," he wrote.

"Our enemies will do all that they can to shake our confidence and the confidence of the Afghan people," Petraeus said. "In turn, we must continue to demonstrate our resolve to the enemy."

We will do so through our relentless pursuit of the Taliban and others who mean Afghanistan harm, through our compassion for the Afghan people, and through our example and the values that we live.

In the letter, Petraeus stressed the importance of cooperation:

"This endeavor has to be a team effort," he wrote. "We must strive to contribute to the 'Team of Teams' at work in Afghanistan and to achieve unity of effort with our diplomatic, international civilian, and Afghan partners as we carry out a comprehensive, civil-military counterinsurgency campaign."

At the bottom of the letter, next to his valediction and signature, Petraeus wrote this handwritten addendum: "It is a privilege to serve with you."