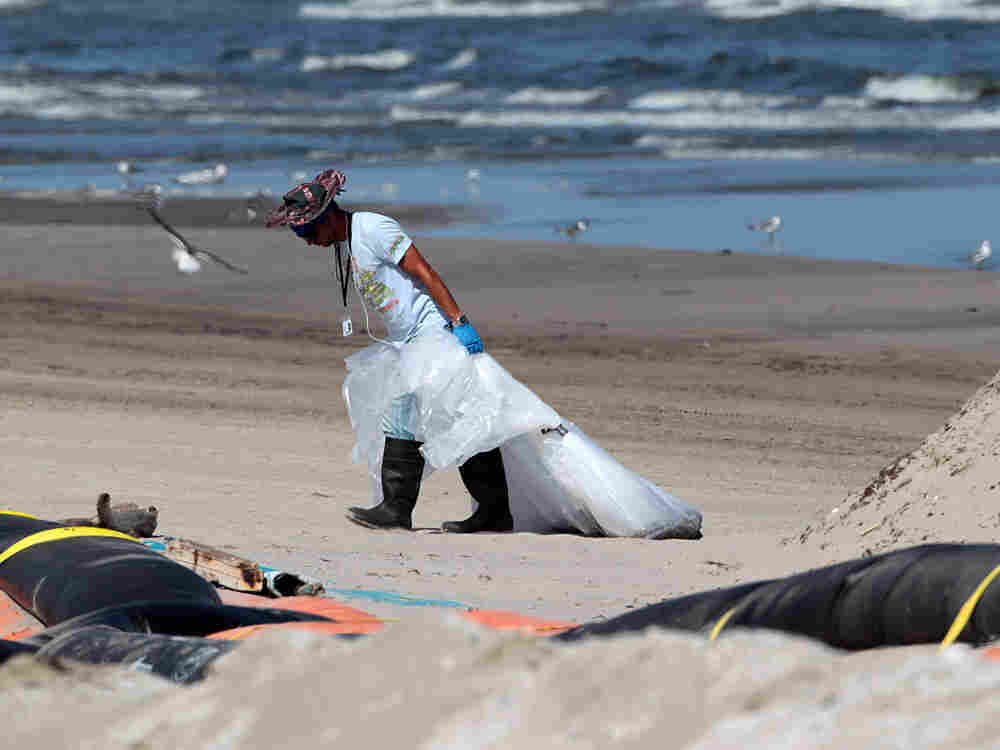 Crews working to clean up the Gulf oil spill could be forced to evacuate if a recent storm turns into a tropical depression. AP hide caption 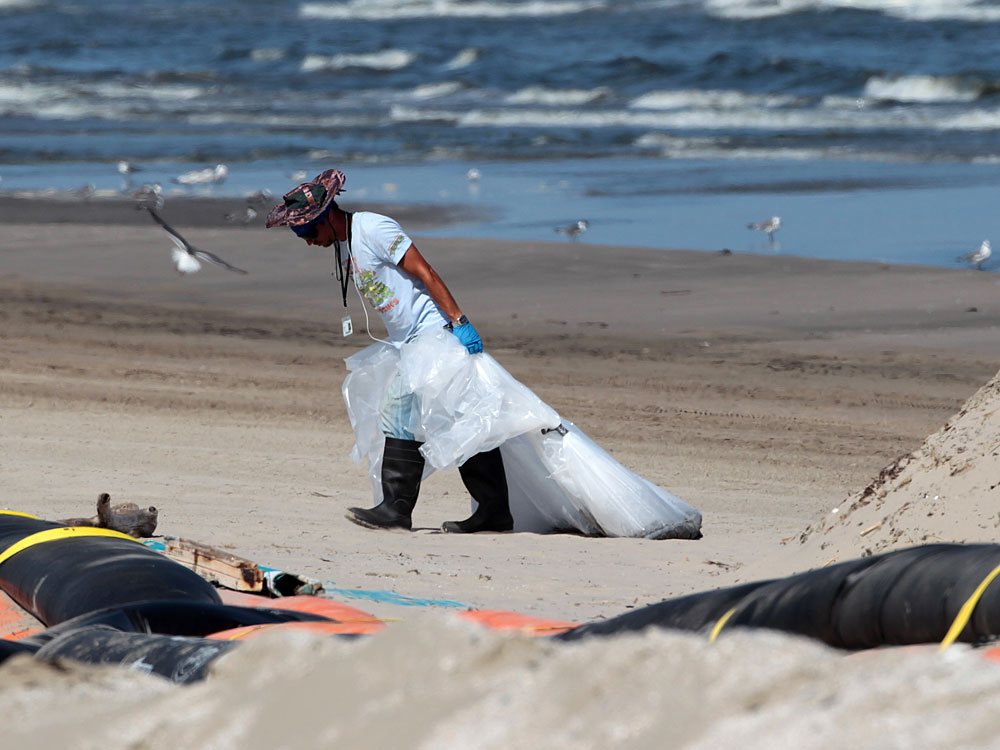 Crews working to clean up the Gulf oil spill could be forced to evacuate if a recent storm turns into a tropical depression.

BP says it is evacuating non-essential personnel. The company's chief operating officer, Doug Suttles, told reporters this afternoon that engineers "hope to pursue the static kill when the weather allows us." He's referring to the mud-and-cement plug injected via the relief well that will permanently shut off the gushing main bore.

Suttles said it had been "a week since we had any new oil flow into the Gulf" but that "we have much more to do offshore."

A storm brewing in the Gulf could send ships and crew working the Deepwater Horizon site scrambling for safe harbor.

But so far BP is taking a wait-and-see attitude. Senior VP Kent Wells said work at the Macondo well site had stopped on Wednesday, but that the company was watching the weather to decide if evacuation was necessary.

The storm is now a full-blown tropical depression , the National Hurricane Center says.

If the weather becomes a problem, it could delay plans to kill the BP well once and for all. On Wednesday, National Incident Commander Thad Allen said a tropical storm in the area could push back the timetable 10 to 14 days.

Meanwhile, shortly after BP acknowledged posting a doctored photo on its website, Gawker.com on Wednesday produced evidence of another one and this time it's even worse.

BP spokesman Scott Dean said yesterday that a staff photographer used Photoshop software to alter an image but called it a mistake.