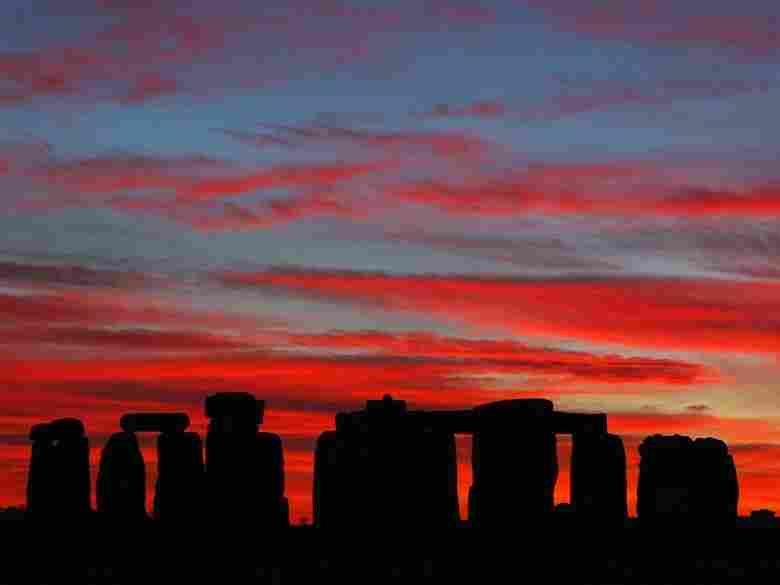 British archeologists are calling the discovery of an underground structure next door to the famous Stonehenge columns the biggest find there in five decades.

The new "henge" - which means a circular monument dating to Neolithic and Bronze Ages - is situated about 900m (2,950ft) from the giant stones on Salisbury Plain.

Images show it has two entrances on the north-east and south-west sides and inside the circle is a burial mound on top which appeared much later, Professor Gaffney said.

"You seem to have a large-ditched feature, but it seems to be made of individual scoops rather than just a straight trench," he said.

NPR's Larry Miller, reporting from London, says the buried structure comprises 24 wooden posts in alignment with the stone circle. He says the henge was discovered without turning a shovel. Instead, researchers used a special scanner.

Gaffney says "to put it in context, we haven't found a major ceremonial site … of this significance for probably 50 years or more within the area of Stonehenge."

The newly discovered structure is thought to date back to the time of the famed stone pillars - 4,500 years ago.

Gaffney said he was "certain" they would make further discoveries as 90% of the landscape around the giant stones was "terra incognita" - an unexplored region.

"The presumption was this was just an empty field - now you've got a major ceremonial monument looking at Stonehenge," he said.