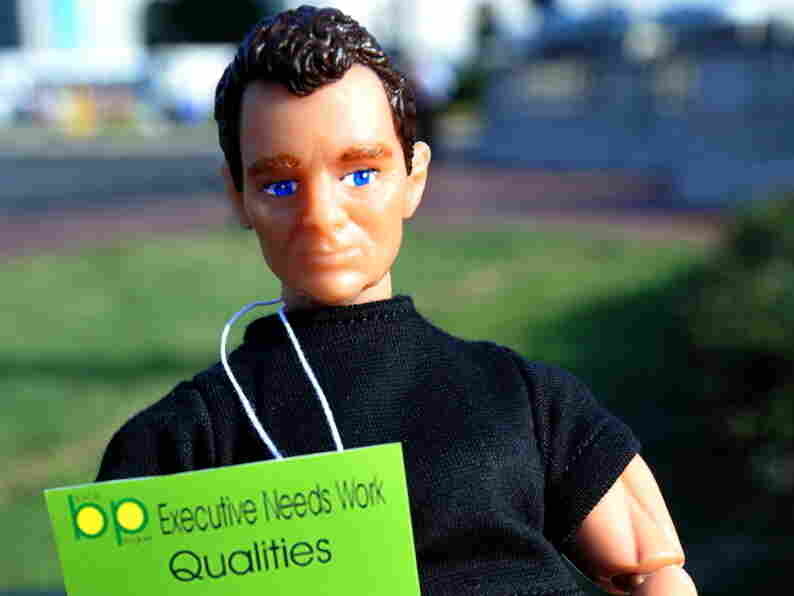 A Tony Hayward doll, one of the prizes to be won during the Carnivoil rally on July 27, 2010. Karen Bleier/AFP hide caption 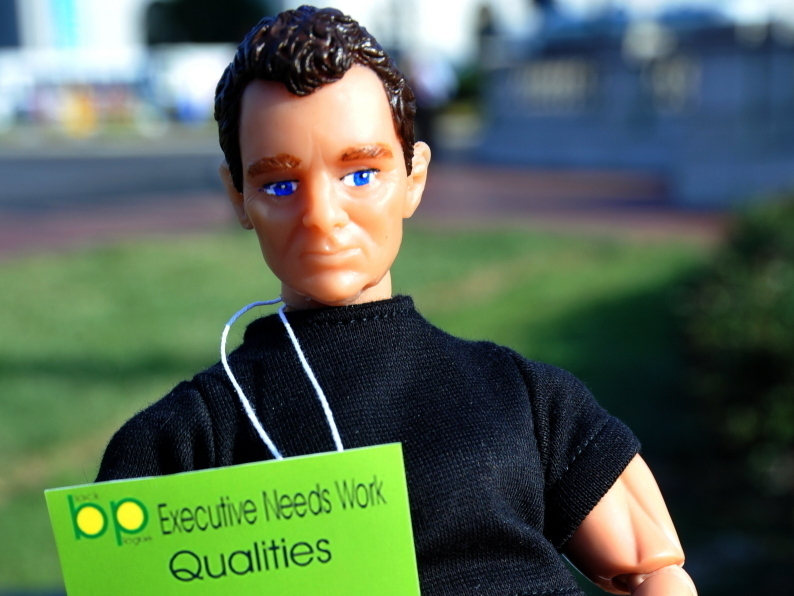 A Tony Hayward doll, one of the prizes to be won during the Carnivoil rally on July 27, 2010.

Now that BP has announced its plans to replace CEO Tony Hayward with Bob Dudley, we're left to speculate about Hayward's golden parachute.

BP pension scheme rules say that those who joined before April 2006 can take the pension at any point from age 50. Mr Hayward is 53.

He will also receive a year's salary plus benefits worth more than £1m.

Mr Hayward's pension pot is valued at about £11m and he will keep his rights to shares under a long-term performance scheme which could -- depending on BP's stock market recovery -- eventually be worth several million pounds.

"Severance negotiations may focus on how many BP shares or options Mr Hayward should receive to compensate him for the 546,000 share options he would relinquish," The National's Tamsin Carlisle reports.

One thing is certain: The conditions of his severance package, whatever they may be, won't sit well with millions of people.

Rep. Ed Markey (D-MA) is among the millions. In a statement, the chair of the House Committee on Energy and Commerce's Subcommittee on Energy and the Environment, said that, "while it's now happy sailing for Tony Hayward, rough conditions will persist in the Gulf of Mexico for years to come because of his failed leadership."

The new leaders of BP will have an uphill climb to correct the legacy left by Hayward, indelibly inked by the disaster in the Gulf.

According to MarketWatch's Steve Gelsi, Hayward will "be reassigned to the company's joint venture in Russia," TNK-BP, which the Associated Press calls a "50-50 joint venture with Russian oligarchs."

UPDATE at 3:00 p.m. ET: On its website, The Economist has a useful chart of golden parachutes. The magazine says that, "for all the opprobrium heaped on him over the last few months, Mr Hayward's payward is modest compared with those enjoyed by many similarly high-profile bosses."