Accessibility links
'Mad Men' Is A Show About Advertising, But AMC Isn't Rolling In Revenue : The Two-Way Although Mad Men enjoys critical acclaim, it doesn't draw nearly as many viewers as its network competitors. Or as much advertising revenue.

'Mad Men' Is A Show About Advertising, But AMC Isn't Rolling In Revenue

'Mad Men' Is A Show About Advertising, But AMC Isn't Rolling In Revenue 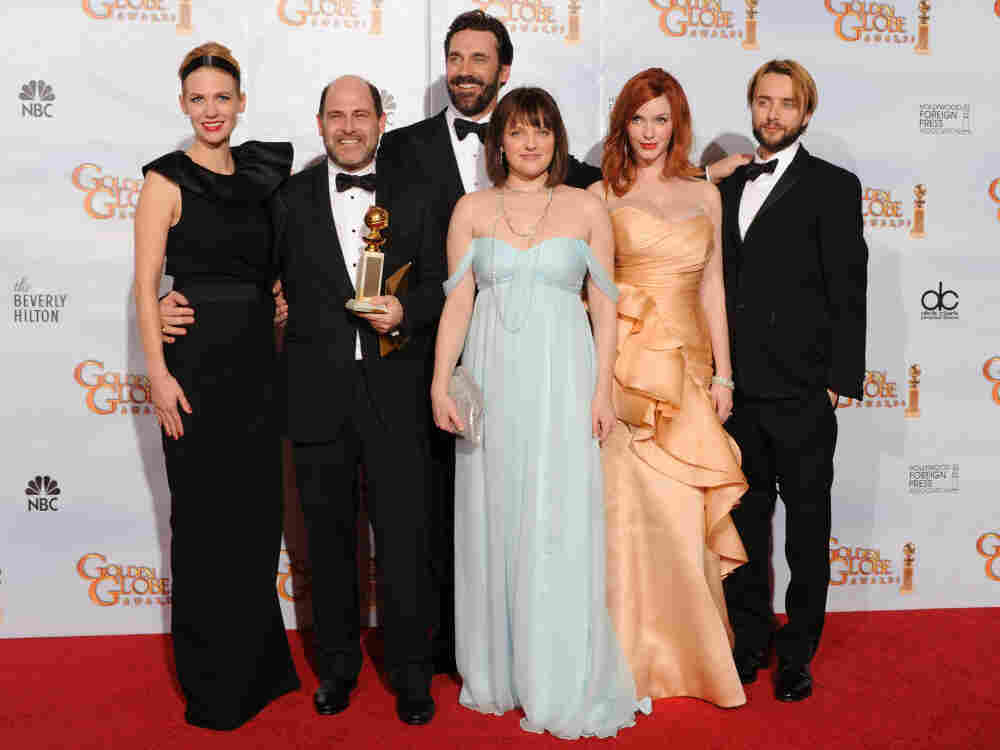 'Mad Men' has been a critical success, but it doesn't draw a big audience when it airs on AMC, nor does it bring in big revenues for the cable network. Kevin Winter/Getty Images North America hide caption 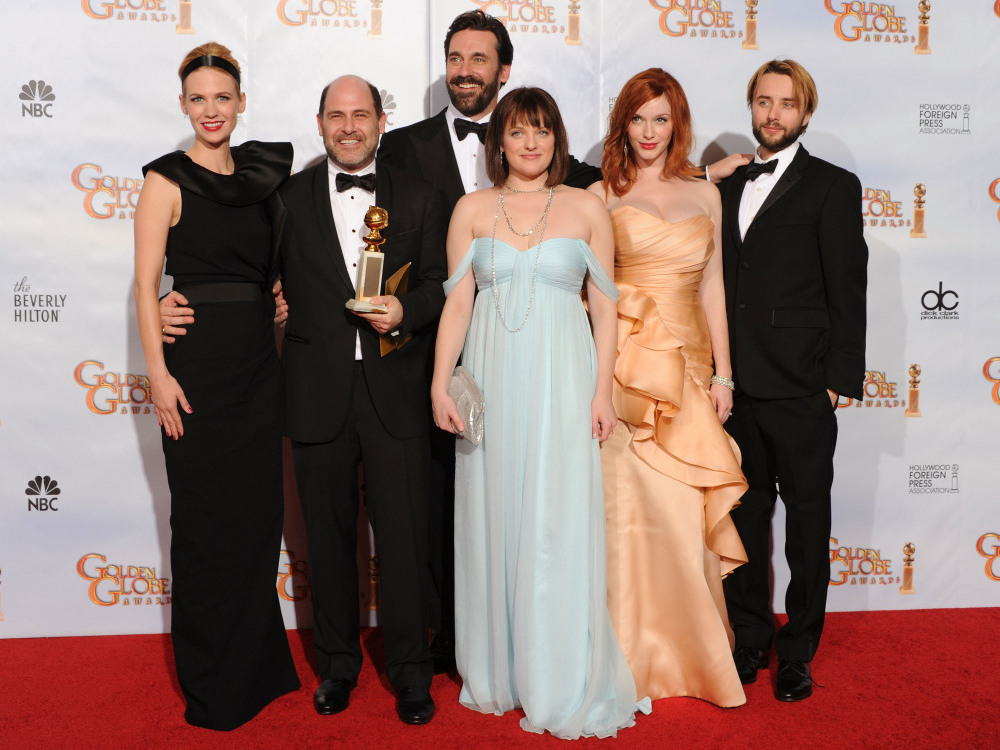 'Mad Men' has been a critical success, but it doesn't draw a big audience when it airs on AMC, nor does it bring in big revenues for the cable network.

Having watched the first, second and third seasons of Mad Men on DVD, finally catching up with friends who have raved about the series since it started, back in 2007, I've been able to view the most-recent season in real time.

It's a totally different experience. Already, I miss being able to watch episode after episode in suspense-driven succession, diving headlong into the series, staying up late to find out what happens next.

I get annoyed by the week-long wait between episodes. And the ads!

According to Advertising Age's Brian Steinberg, I'm not alone. The show's advertising revenues are pretty low and its viewership model may be broken.

In "Why 'Mad Men' Has So Little to Do With Advertising," he analyzes the success of the show, compared to comparable prime-time programs -- on network and cable TV.

I should say, the irony -- that Mad Men, a show about Madison Avenue, is having trouble with advertising -- isn't lost on him.

"On cable's 'Mad Men,' characters such as Don Draper and Roger Sterling eat and breathe advertising (as well as red meat and liquor)," he writes. "Without ads, after all, they'd be out of business. Yet 'Mad Men' isn't a particularly huge draw for advertising itself, despite plenty of interesting tie-ins with marketers such as BMW and Jack Daniel's whiskey over its three-plus seasons."

According to Steinberg, "despite the critical acclaim, the program, which is found in bursts of 12 or 13 episodes each summer on AMC, draws a minuscule audience."

The 2.9 million viewers who tuned into its fourth-season premiere on Sunday, July 25, are no match for the legions who tune in to CBS's "NCIS" (17.3 million on average, as of July 25) or even ABC's "Modern Family" (8.7 million). Cable's most-watched dramas -- stuff such as "The Closer" or "Rizzoli & Isles" on TNT -- have in recent weeks drawn a live-plus-same-day audience of around 7 million, according to Nielsen.

So, what's in it for AMC? (According to Steinberg, each episode costs the network about $3 million.)

Mad Men has done more than anything else to grow a new audience, even if it isn't gigantic. It has helped AMC reinvent itself, as a place for new, well-liked programming, alongside HBO and Showtime. And yes, the network knows that, down the line, it will benefit from DVD sales and international distribution of the show.