Accessibility links
2010 Social Security Outlook: Not Great : The Two-Way The board says that trust funds will be exhausted in 2037. 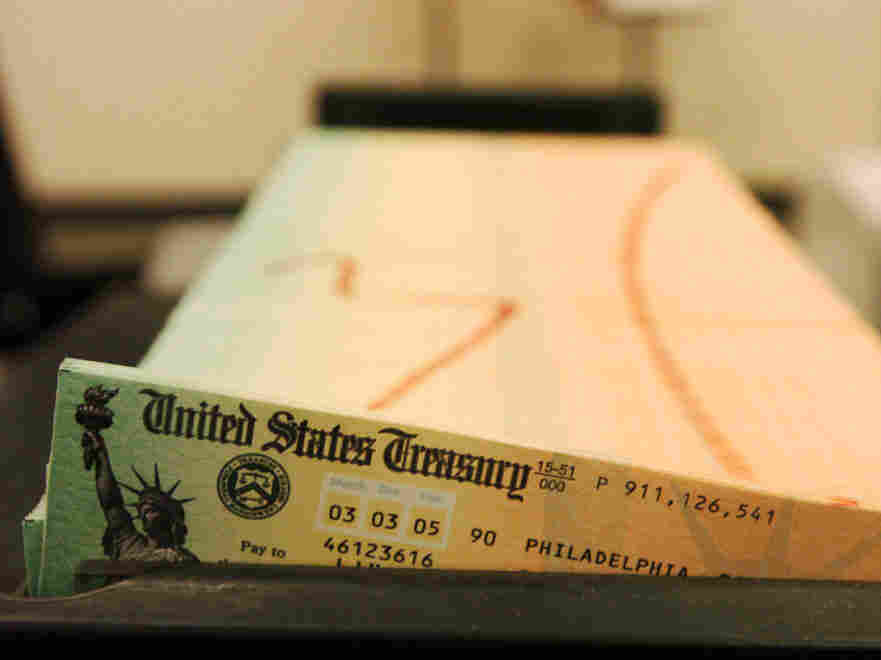 According to the Social Security Administration, the long-range outlook for the program's trust funds "remains unchanged."

"Social Security is set to run a $41 billion deficit excluding interest income due to the downturn and corrections of excess revenue created to trust funds in past years, the first shortfall since 1983," Reuters reports.

Their combined assets of those trust funds "will be exhausted in 2037," when the number of beneficiaries will surpass the number of workers who pay into program.

"At that time, there will be sufficient tax revenue coming in to pay about 78 percent of benefits," the Social Security Board of Trustees says.

The outlook is so grim, in part, because of the economic recession, the board reports.

You can read -- or download -- the full report, which was delivered to Congress today, here.

According to the board, "the projected trust fund shortfalls should be addressed in a timely way so that necessary changes can be phased in gradually and workers can be given time to plan for them."

Implementing changes sooner will allow the neededrevenue increases or benefit reductions to be spread over more generations. Social Security plays a critical role in the lives of 54 million beneficiaries and 155 million covered workers and their families in 2010. With informed discussion, creative thinking, and timely legislative action, present and future Congresses and Presidents can ensure that Social Security continues to protect future generations.