Accessibility links
Can Wyclef Jean Run For President? Former Fugees Singer May Be Ineligible : The Two-Way The Haitian constitution requires a candidate for president to have lived in the country for five consecutive years, leading up to the election.

Can Wyclef Jean Run For President? Former Fugees Singer May Be Ineligible

Can Wyclef Jean Run For President? Former Fugees Singer May Be Ineligible 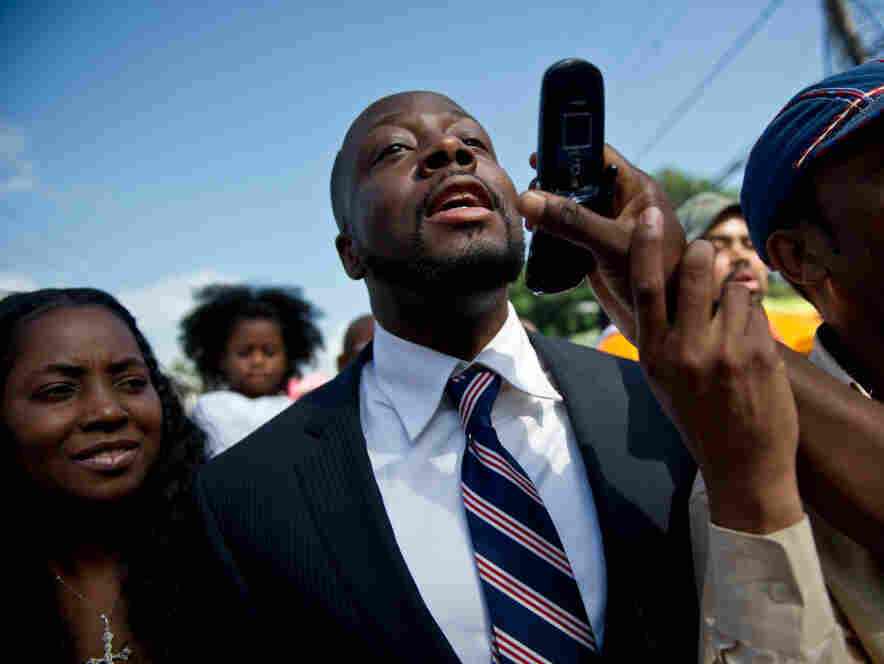 Wyclef Jean and his wife Marie Claudinette Jean walk through a crowd of supporters before he submitted paperwork to run for president of Haiti. Frederic Dupoux/Getty Images hide caption 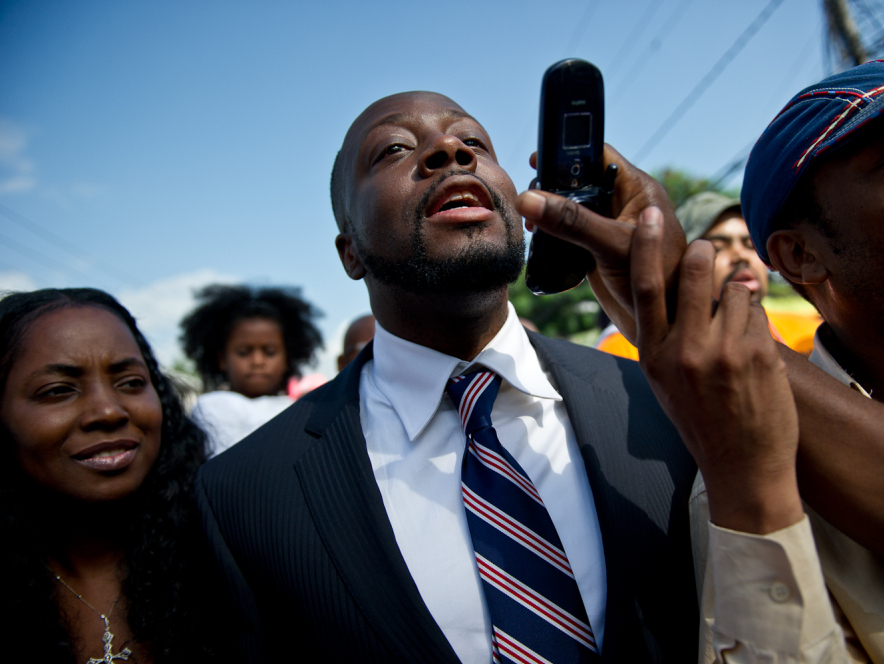 Wyclef Jean and his wife Marie Claudinette Jean walk through a crowd of supporters before he submitted paperwork to run for president of Haiti.

Yesterday afternoon, singer Wyclef Jean officially declared his candidacy for the presidency of Haiti. Last night, he posted this on his Twitter page: "Tonight starts a New Chapter in my Life, Goodnight from Haiti."

Having submitted the requisite paperwork, Jean must wait for a committee to assess his eligibility. According to The Associated Press, "an eight-member board reviews would-be candidates and verifies whether they meet all the constitutional requirements."

Last week, NPR's Lee Hill looked at those prerequisites, established in Article 135 of the 1987 Constitution of Haiti.

Although Jean meets several of the six requirements, it may be difficult for him to prove he satisfies two provisions in particular.

To be elected president, a candidate must "be the owner in Haiti of at least one real property and have his habitual residence in the country" and "have resided in the country for five (5) consecutive years before the date of the elections."

Although Jean regularly travels to Haiti, his permanent residence isn't there.

"Jean's U.S. upbringing could be a roadblock to his candidacy, but the singer says his appointment as a roving ambassador by [President Rene] Preval in 2007 exempts him from the residency requirement," The Associated Press reports.

According to Time's Tim Padgett, if Jean can't surmount that obstacle, his advisers "insist that the nine years he lived in the country after birth satisfy that criterion."

Although Jean has lived most of his life in the U.S., he was born in Croix-des-Bouquets, Haiti.

The presidential election is scheduled to take place on Nov. 28.

UPDATE at 12:20 p.m. ET: According to The Miami Herald, "On Aug. 17, a nine-member electoral council is scheduled to publish a list of eligible candidates."