Accessibility links
Secretary Of Defense Robert Gates Plans To Retire In 2011, After Strategy Review : The Two-Way Secretary of Defense Robert Gates, first appointed to the job during the Bush administration, says he plans to step down from the post in 2011, after President Obama completes an Afghanistan strategy review.

Secretary Of Defense Robert Gates Plans To Retire In 2011, After Strategy Review

Secretary Of Defense Robert Gates Plans To Retire In 2011, After Strategy Review 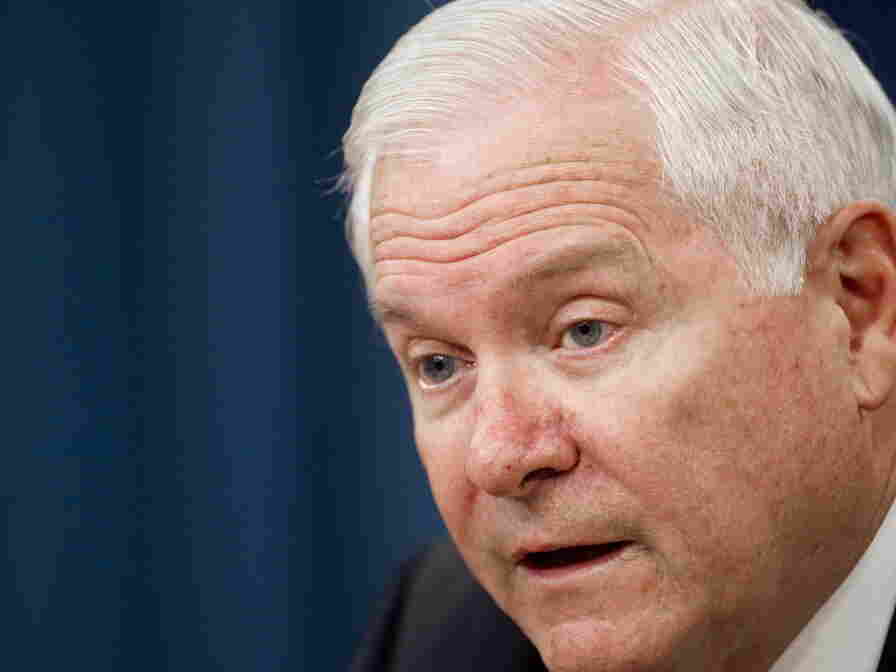 In an interview with Foreign Policy magazine, Robert Gates said he plans to leave his Pentagon post in 2011 -- after President Obama completes his Afghanistan strategy review, before voters go to the polls in 2012.

"I think that it would be a mistake to wait until January 2012," Gates told columnist Fred Kaplan. "This is not the kind of job you want to fill in the spring of an election year."

Although Gates said he "really didn't want to be asked" to stay on as Secretary of Defense during the Obama administration, he told Foreign Policy that he didn't hesitate when he was asked to.

...that was because all along he knew "that if I were asked, I would say, 'Yes.' In the middle of two wars, kids out there getting hurt and dying, there was no way that I was going to say, 'No.'"