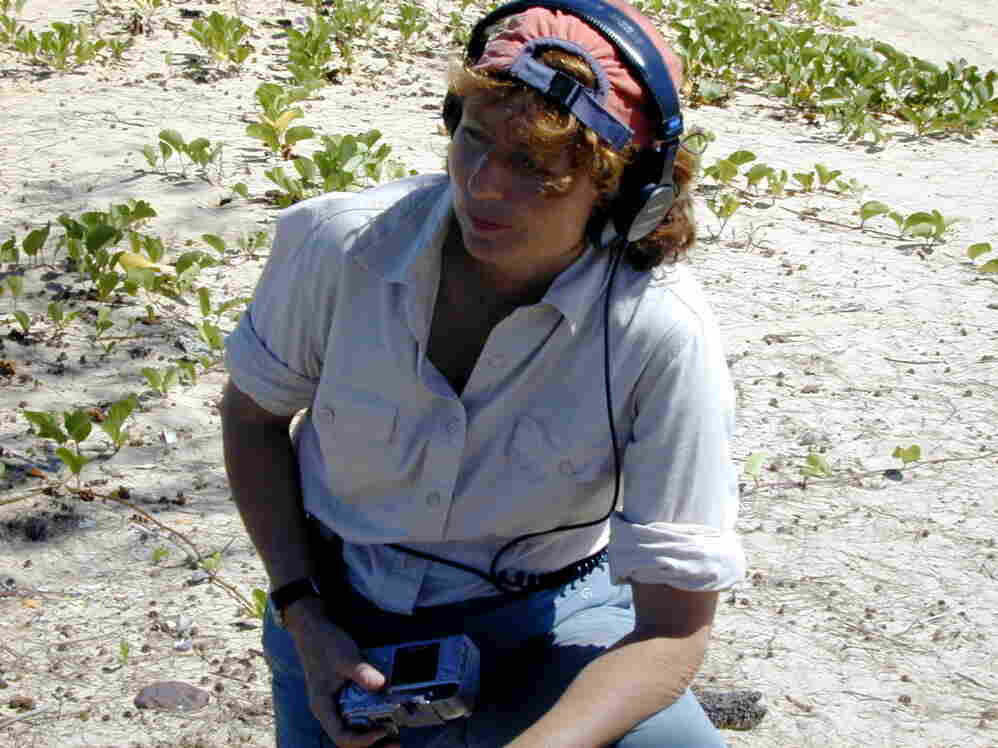 Over the weekend, we lost a friend and colleague -- and an extraordinary radio producer: Carolyn Jensen Chadwick passed away after a long battle with cancer.

Her husband Alex Chadwick, a former NPR host and correspondent, sent us this remembrance:

She was the first staff employee of NPR -- hired to set up the research library a year before ATC went on the air.

She came from -- and helped establish -- NPR's heritage. She favored feature stories and rich sound production, and became expert at both.

She loved writers and photographers, and liked journalists -- or some of them.

She thought up the partnership between NPR and The National Geographic Society, and worked to persuade initially reluctant executives in both institutions to give it a try -- Geographic stories that would sound as good as the pictures.

She was unfailingly patient and cordial. She never fought publicly, but she almost always got her way. For at least a dozen years she routinely violated numerous company practices about how to produce stories. She was often a headache for managers, but they endured because her ways produced her work, and her work was outstanding.

She was old line New England elegant, and a short skirt sensation. She once crossed the Sahara Desert in a truck convoy with 19 men who stopped every few hours to get out and pee. It's a big desert, and there are no shrubs, but she managed even this with poise.

Kids liked her ... the children of old friends are writing her family.

Ten years ago, she was diagnosed with multiple myeloma, a cancer of blood plasma. Life expectancy then was just three years. She was under highly skilled care at the Myeloma Institute for Research and Therapy at the University of Arkansas for Medical Sciences in Little Rock. She found a new community of friends.

She had been living in Los Angeles, where she created a new company, Conservation Sound, to carry on her work. Hundreds of hours of her spectacular field recordings are at the Macauley Library at the Cornell Lab of Ornithology in Ithaca, New York, which created a special archive to house what is probably the finest natural history audio collection in the world.

Her final project was as sound designer for the artist Maya Lin, who created an on going media memorial for endangered wildlife and habitats called "What Is Missing?"

She was brave, cheerful, beautiful and intensely loyal to friends. According to NPR's John Burnett -- one of many reporters she worked with -- "Carolyn brought a lot of beauty to the radio. There'll never be another like her."