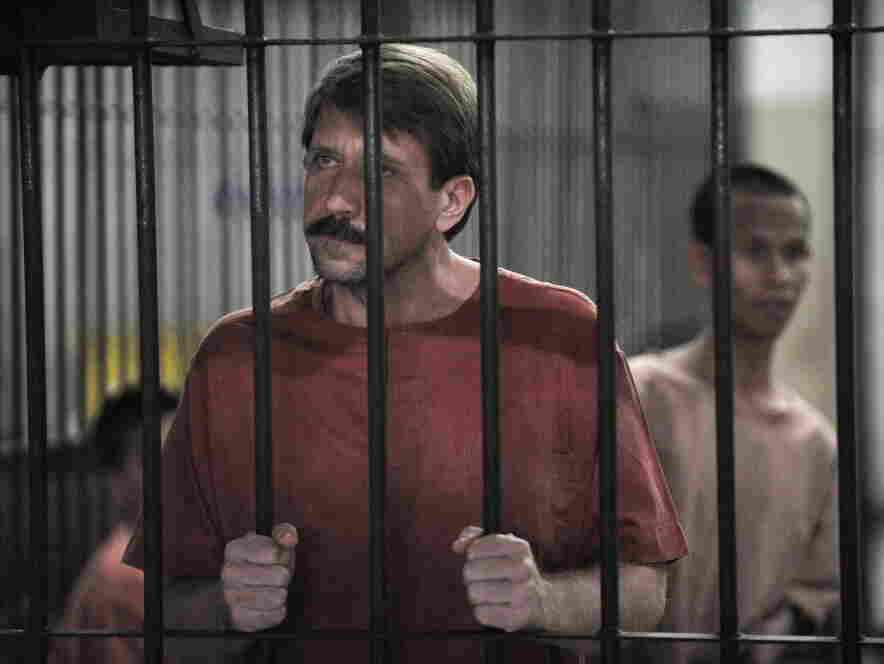 Alleged Russian arms dealer Viktor Bout listens to a reporter's question as he stands in a temporary cell ahead of a hearing at the Criminal Court in Bangkok on Aug. 20, 2010.   Christophe Archambault/AFP hide caption

An appeals court in Thailand has ruled that accused arms dealer Viktor Bout, nicknamed the "Merchant of Death," can be extradited to the U.S., to face criminal charges.

According to Acting Deputy Attorney General Gary G. Grindler, "We are extremely pleased that the Appeals Court in Thailand has granted the extradition of Viktor Bout to the United States on charges of conspiring to sell weapons to a terrorist organization for use in killing Americans."

We have always felt that the facts of the case, the relevant Thai law and the terms of our bilateral extradition treaty clearly supported the extradition of Mr. Bout on these charges.

The prosecution of Viktor Bout is of utmost priority to the United States, but the criminal charges he faces are not solely an American concern.  He has been sanctioned by the United Nations for alleged arms trafficking activity and support of armed conflicts in Africa.

And for more than 15 years, it looked like this "Merchant of Death" would get away with it. He'd give interviews to the international press while investigators were on his tail. Even Bout's 2008 arrest in Thailand seemed like an escape. His wife told a local judge that Bout was only in South America for "tango lessons." The court agreed not to send Bout to the United States. One of the judges even said that "a Thai court cannot judge a case regarding aliens killing aliens outside of Thailand."