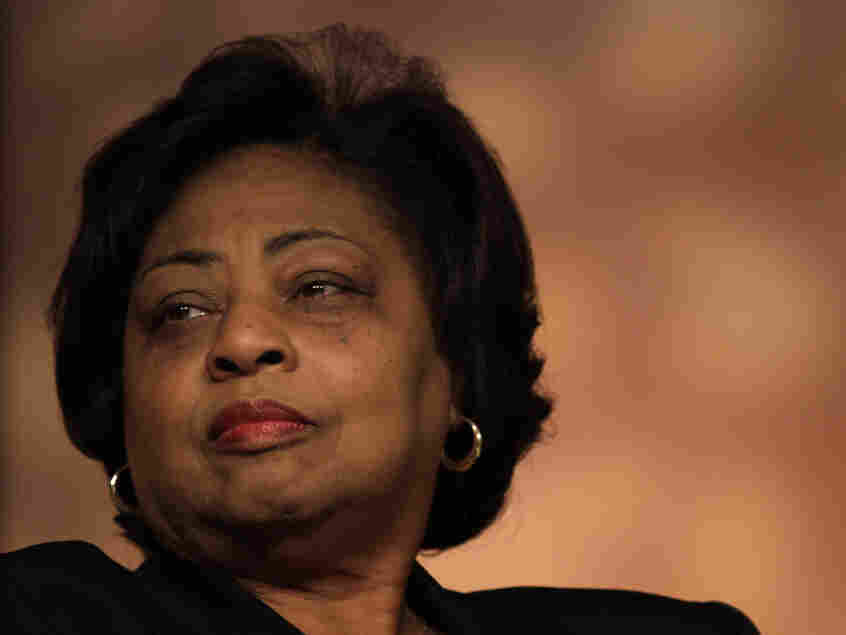 After a meeting with Secretary of Agriculture Tom Vilsack this morning, Shirley Sherrod said she has decided not to accept a new job with the U.S. Department of Agriculture.

"The secretary did push really, really hard for me to stay and work from the inside," she told reporters. "I think I can be helpful to him and the department if I just take a little break and look at how I can be more helpful in the future."

Vilsack said he gave her a choice of several positions, including a job in the Department of Agriculture's Office of Advocacy and Outreach, which mainly works on civil rights issues. Sherrod said she was tempted by the offer, but the timing wasn't right.

"I've had lots of support from around the country," she said. "I've had many, many, many thousands of pieces of mail."

I need a little time to be able to deal with that, to sort of take a break from some of all that I've had to deal with over the last few weeks. And I look forward to some type of relationship with the Department in the future. We do need to work on the issues of discrimination and racism in this country, and I certainly would like to play my role in trying to help deal with it.

At a news conference this morning, Vilsack appeared contrite.

Sherrod was asked if she still intends to sue conservative blogger Andrew Breitbart, who posted an edited, misleading video of her on one of his websites, catalyzing the controversy.

"I do think a suit will be forthcoming," she said. "But I don't want to discuss it at this time."