Accessibility links
Before He Addresses The Nation, President Obama To Travel To Fort Bliss, In Texas : The Two-Way A round-up of the morning's headlines, from a preview of the president's speech to the nation, to news from Mexico and the Middle East.

Before He Addresses The Nation, President Obama To Travel To Fort Bliss, In Texas

Before He Addresses The Nation, President Obama To Travel To Fort Bliss, In Texas 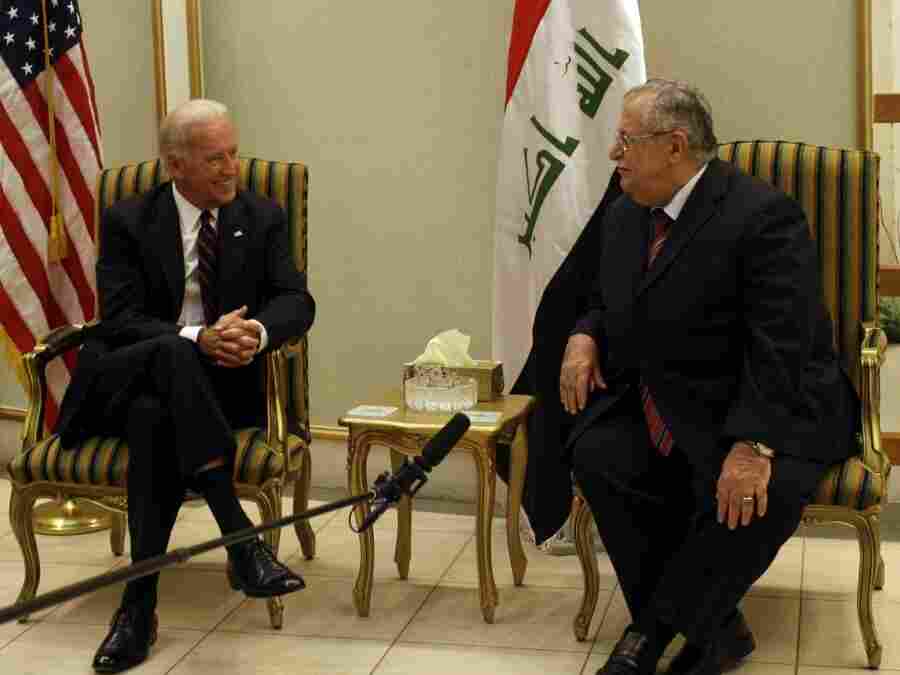 Vice President Joe Biden made an unannounced visit to Baghdad yesterday. He plans to meet with political officials there, hoping to help feuding political factions form a government.

This evening, President Obama will deliver a prime-time address from the Oval Office, centering on the war in Iraq.

As White House Press Secretary Robert Gibbs told NPR's Morning Edition, the president plans to focus on the sacrifices members of the U.S. military have made in Iraq, ahead of a Change of Command Ceremony there, scheduled to take place tomorrow.

Some other headlines this morning:

Mexico announced the capture Monday of one of its most wanted alleged drug lords, a Texas-born figure accused of unleashing a wave of brutal slayings near Mexico City as part of a ruthless battle with rivals.

Edgar Valdez Villarreal, also known by the improbable nickname "La Barbie," was seized by federal police in the state of Mexico, the region surrounding Mexico City, the Public Security Ministry said in a statement.

About 3,200 Mexican federal police officers, nearly a tenth of the force, have been fired this year under new rules designed to weed out crooked cops and modernize law enforcement, officials said Monday.

The housecleaning is part of President Felipe Calderon's crackdown on drug cartels, which includes overhauling the 34,500-strong federal police force.

Hurricane Earl grew into a powerful Category 4 storm Monday and put a massive swath of the East Coast under that uncomfortable "cone of uncertainty" for the first time this season.

Two Yemeni men arriving in Amsterdam on a flight from Chicago were arrested Monday on suspicion of preparing a terrorist attack after peculiar items turned up in their luggage, Dutch officials said.

U.S. authorities asked the Dutch to make the arrests after discovering that one of the men had checked his luggage from Chicago to Dulles International Airport in Virginia, then taken a flight to Amsterdam, said a Dutch official, who asked not to be identified because of the sensitive nature of the case.

The luggage sent to Virginia on Sunday night contained a cellphone taped to a bottle of Pepto-Bismol, three cellphones taped together and several watches taped together, Dutch and U.S. officials said.

-- "Outlines Emerge of Future State in the West Bank," The New York Times:

As preparations intensify for aPalestinian-Israeli summit meeting in Washington on Thursday, the crude outlines of a Palestinian state are emerging in the West Bank, with increasingly reliable security forces, a more disciplined government and a growing sense among ordinary citizens that they can count on basic services.

Personal checks, long shunned as being unredeemable, are now widely accepted. Traffic tickets are issued and paid, movie theaters are opening and public parks are packed with families late into the summer nights.