Accessibility links
How Many People Attended Glenn Beck's 'Restoring Honor' Rally In Washington? : The Two-Way Last weekend, Glenn Beck held his "Restoring Honor" rally on the National Mall. How do you estimate the size of a crowd that gathers there? 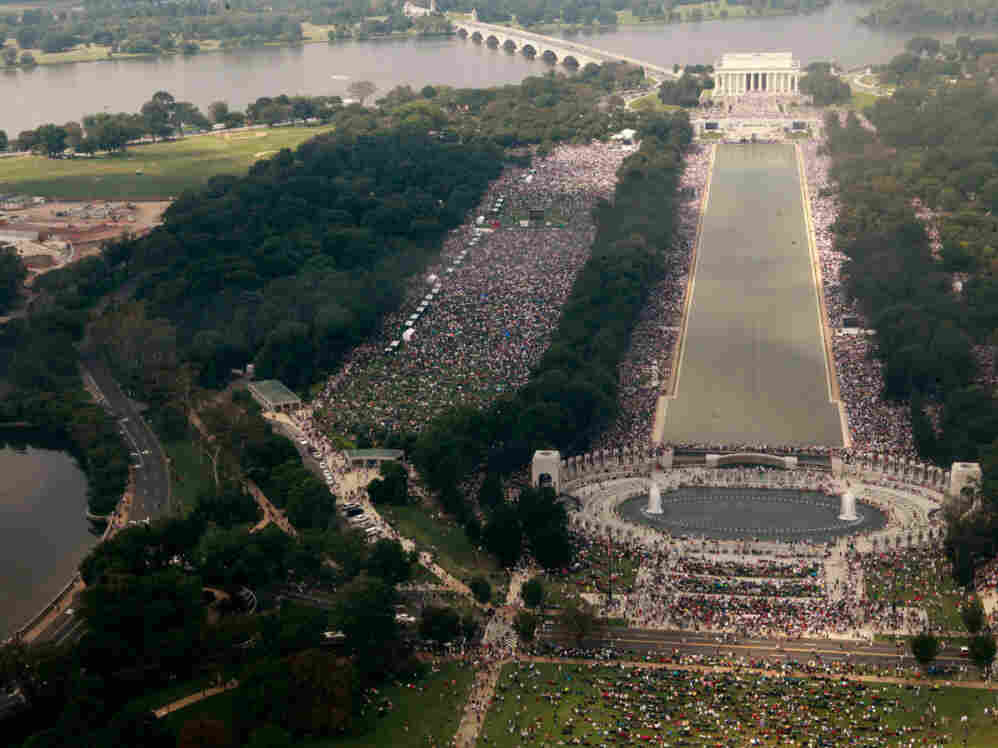 The crowd attending the "Restoring Honor" rally, organized by Glenn Beck, is seen from the top of the Washington Monument in Washington, on Saturday, Aug. 28, 2010.  Jacquelyn Martin/Associated Press hide caption

On Saturday, a large crowd converged on the National Mall in Washington, for conservative commentator Glenn Beck's "Restoring Honor" rally.

How large was it?

After President Obama's inauguration, a Slate Explainer column tackled this question: "How Do You Measure a Crowd?"

"Basic arithmetic," Juliet Lapidos writes. "Estimates depend on three variables: the area of the available space, the proportion of the space that's occupied, and the crowd's density."

While the first measurement is objective, and the second fairly easily determined with aerial photography, the third is a little trickier. It's customary to assume that in a very crowded place (like a commuter train during peak hours) people occupy 2.5 square feet, whereas in a looser gathering each person takes up more like 5 square feet.

She cites "The [?]-Man March," a 2003 Wired magazine article, in which the director of Boston University's Center for Remote Sensing suggests aerial photography usually provides the most accurate count.