Accessibility links
Thad Allen And Lessons Learned From The Gulf Oil Spill : The Two-Way The retired admiral tells Morning Edition host Steve Inskeep about challenges he's faced as national incident commander for the spill in the Gulf of Mexico. 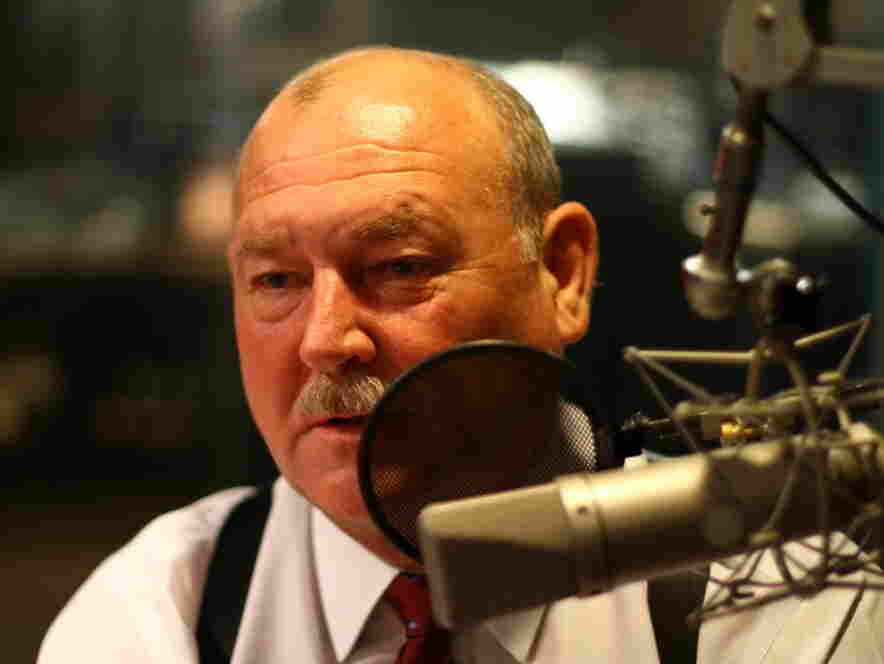 Retired Coast Guard Adm. Thad Allen spoke with NPR's Steve Inskeep. He outlined the lessons he's taken from overseeing the federal government's response to the oil spill in the Gulf of Mexico. Allen was also involved in the response to the Haiti earthquake, and hurricanes Katrina and Rita.

Here are some highlights from the interview.

Allen's first point is that the threat from the well is finally and completely over. With the removal of the failed blowout preventer from the seafloor, and its replacement with a new one, there is no possibility of the leak starting again, he said.

The cleanup effort continues, he said, but only in Louisiana. The boom and skimmers have been removed from Florida, Mississippi and Alabama.

Admiral Thad Allen - The Threat is Over

Allen said one thing he hopes to change is the amount and type of equipment in the Gulf.

He said the current Oil Pollution Act simply didn't even imagine a spill on the scale of the one in the Gulf. It was based on the reaction to the Exxon Valdez, he said, calling it a "tanker-centric" piece of legislation.

Admiral Thad Allen - We Didn't Have the Equipment

Allen added that oil companies are now forming a consortium to get equipment stationed in the Gulf, but that the government may need to be involved.

The biggest lesson he's learned from this and other disasters, Allen said, is that it's important to make sure all of the different branches and levels of government are working together -- something that is harder than it might sound.

He also highlighted the need to coordinate all of the millions of people who want to do something in the wake of any disaster. Nowadays they are organizing themselves through social media, the Web, faith-based or social organizations. What is needed, Allen said, is some way to focus and harness that outpouring of energy.