Accessibility links
Obama Rejects Hillary Clinton Mexico-Colombia Comparison : The Two-Way President Obama rejected Secretary of State Hillary Clinton's comparison of Mexico to Colombia during the years when the South America was racked by drug and insurgent violence, with the government having lost control of swathes of the country. 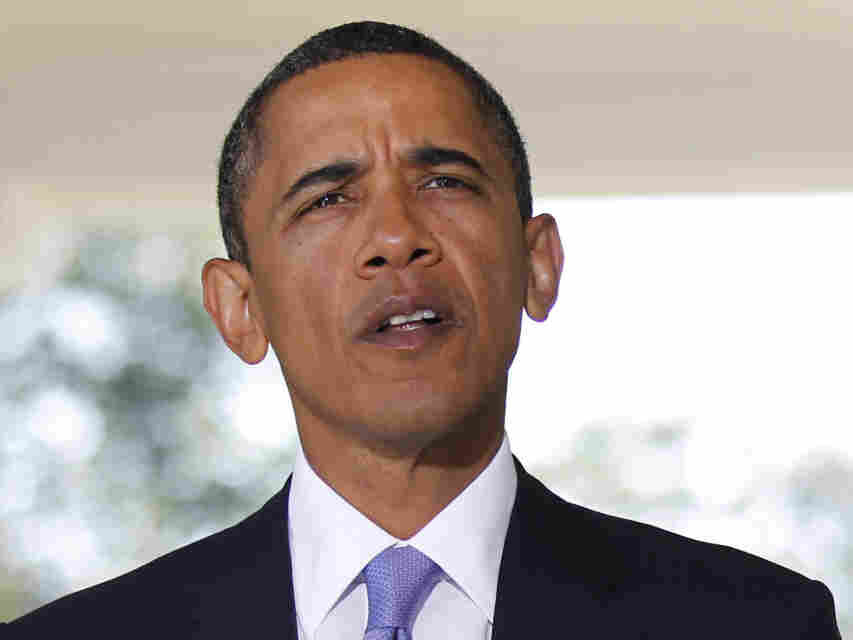 A day after his secretary of state likened Mexico to Columbia in the bad old days of 20 years ago, a narco state struggling with an insurgency at the same time, President Barack Obama rejected the comparison.

Reuters reports that Obama made the comments to La Opinion, a Los Angeles-based Spanish language newspaper. According to the news service, a transcript of the interview was available only in Spanish from the White House. No English-language version was handy.

"Mexico is vast and progressive democracy, with a growingeconomy, and as a result you cannot compare what is happeningin Mexico with what happened in Colombia 20 years ago," Obamatold Los Angeles-based Spanish language newspaper La Opinion.

Obama's comments were printed in Spanish and no Englishtranscript was available from the White House.

Clinton made her comments Wednesday after a speech at the Council on Foreign Relations in response to question. Speaking of Mexico, she said:

... We face an increasing threat from a well-organized network drug trafficking threat that is, in some cases, morphing into or making common cause with what we would consider an insurgency in Mexico and in Central America.

And we are working very hard to assist the Mexicans in improving their law enforcement and their intelligence, their capacity to detain and prosecute those whom they arrest. I give President Calderon very high marks for his courage and his commitment. This is a really tough challenge. And these drug cartels are now showing more and more indices of insurgency; all of a sudden, car bombs show up which weren’t there before.

So it’s becoming – it’s looking more and more like Colombia looked 20 years ago, where the narco-traffickers control certain parts of the country, not significant parts. And Colombia – it got to the point where more than a third of the country, nearly 40 percent of the country at one time or another was controlled by the insurgents, by FARC. But it’s going to take a combination of improved institutional capacity and better law enforcement and, where appropriate, military support for that law enforcement married to political will to be able to prevent this from spreading and to try to beat it back.

The administration spent Thursday trying to clean up the Clinton's comments.

For instance, a State Department official who spoke to reporters on the condition that his name wouldn't be used, said Clinton was being misinterpreted, that she wasn't suggesting Mexico had a political insurgency like Colombia did.

But the comments by the president amounted to a major public correction of his one-time rival for the presidency.

Considering how rancid the campaign for the Democratic nomination between them was, the public relationship between the president and Clinton has seemed more tranquil than many observers would have predicted.

Still, the president's blunt public rejection of Clinton's framing of the Mexico crisis will no doubt have some observers wondering of there are growing strains between the president and the nation's chief diplomat.