Accessibility links
Umar Farouk Abdulmutallab Asks To Fire His Attorneys, Represent Himself : The Two-Way In federal court today, the Nigerian man who allegedly tried to ignite a bomb inside his underwear on a transatlantic flight, asked to fire his attorneys and represent himself.

Umar Farouk Abdulmutallab Asks To Fire His Attorneys, Represent Himself

Umar Farouk Abdulmutallab Asks To Fire His Attorneys, Represent Himself 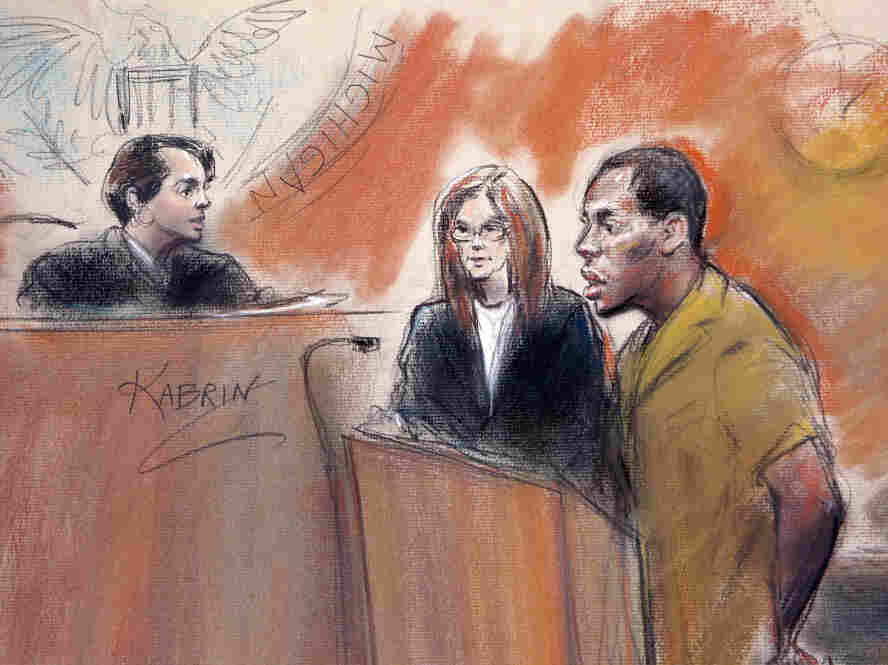 In his first court appearance since he was arraigned in January, Umar Farouk Abdulmutallab, the Nigerian man who tried to ignite a bomb aboard Delta-Northwest Airlines Flight 253, a Detroit-bound jet, on Christmas Day, fired his defense team.

The Detroit Free Press characterized the court hearing as "dramatic."

Abdulmutallab signaled that he might be considering pleading guilty to some of the charges against him.

Asked if he had any questions, Abdulmutallab said: “If I want to plead guilty to some counts, how would that work?”

Edmunds said she couldn’t provide him with any legal advice.

According to Sarah Cwiek, a reporter for Michigan Radio, Abdulmutallab asked U.S. District Judge Nancy Edmunds to fire his federal defenders and represent himself.

When asked why, he said he didn't believe a lawyer could represent him without a conflict of interest. The judge granted Abdulmutallab's request, but appointed standby counsel to help him.

Miriam Siefer, a federal defender, and a staff of three assistants were appointed to represent Abdulmutallab.