Accessibility links
Before State Visit, Pope Benedict XVI Aide Analogizes U.K. To 'Third World Country' : The Two-Way Ahead of the first state visit by a pope to Britain, one of Pope Benedict XVI's most-trusted advisers analogized Britain to the developing world. Now, he isn't traveling with the papal entourage. Because of health reasons, the Vatican says. 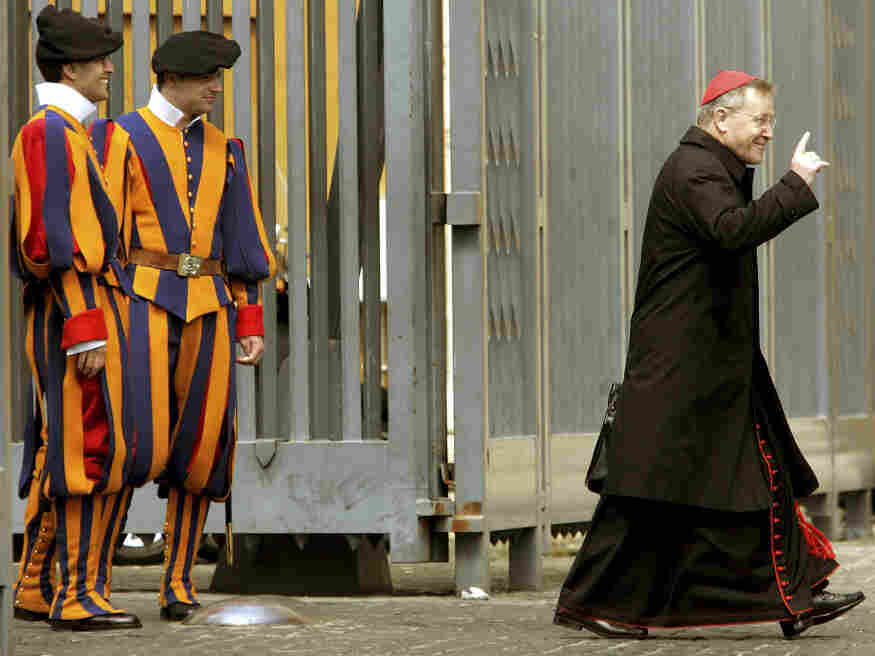 German Cardinal Walter Kasper waves as he passes Swiss Guards while leaving a meeting to prepare the next conclave at the Synod Hall on April 14, 2005. Mario Tama/Getty Images Europe hide caption

Pope Benedict XVI is traveling to England and Scotland, for a four-day trip. It is the first official state visit by a pope, and the first papal trip to the United Kingdom in almost three decades.

The trip isn't without controversy.

Now, one of the pope closest advisers, Cardinal Walter Kasper, a German-born, septuagenarian prelate, has decided to withdraw from the trip -- "for health reasons," the Vatican says.

Many people suspect there is another explanation. Kasper told Focus, a German magazine, that Christians face discrimination in the United Kingdom, and, "above all, an aggressive new atheism has spread through Britain."

According to the BBC, he said that "arriving at Heathrow airport was like landing in a 'Third World' country."