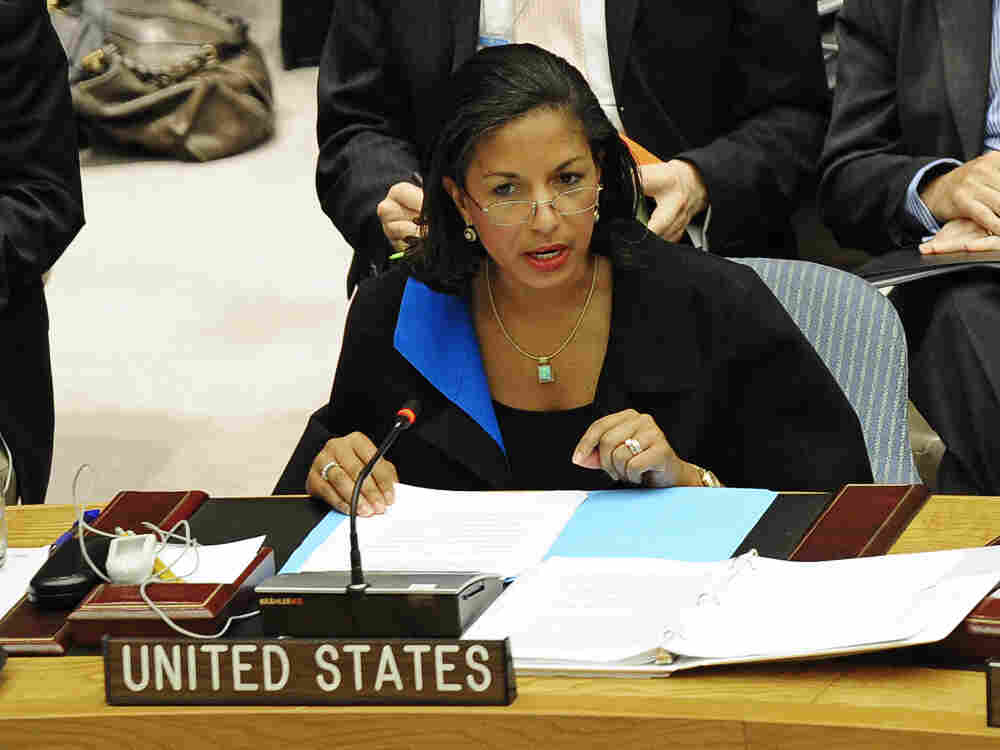 Per the 2005 Nairobi Comprehensive Peace Agreement, the region will vote on independence in a matter of months. Residents of the Abyei district will also hold a referendum, to decide which region -- northern or southern -- to join.

In an interview with NPR's David Greene, Rice said "we're at a very precarious moment as we head toward the referendum on the north and the south, as well as the Abyei referenda in January."

She underlined the importance of the questions, saying the Obama administration and the United Nations are working together to make sure the votes go as smoothly as possible.

Acknowledging that there is "quite a bit on our foreign policy plate," Rice said "we don't have the luxury of ignoring complex problems in Africa or elsewhere," she said. "And we won't."

She said that she has a variety of diplomatic tools at her disposal, including carrots and sticks, and Sudan's president, Omar Bashir, "remains accountable for that which he is under indictment for."

We have not changed that approach and we won't. We insist on accountability for war crimes in this and every other context.

There are no get-out-of-jail-free cards here. The government of Sudan, and indeed the leadership of South Sudan, have to meet a very clear set of benchmarks with regard to the north-south agreement, and to Darfur, and only in that context will there be benefits that accrue from the United States, and should they fail to, obviously we've been clear that the consequences remain on the table.