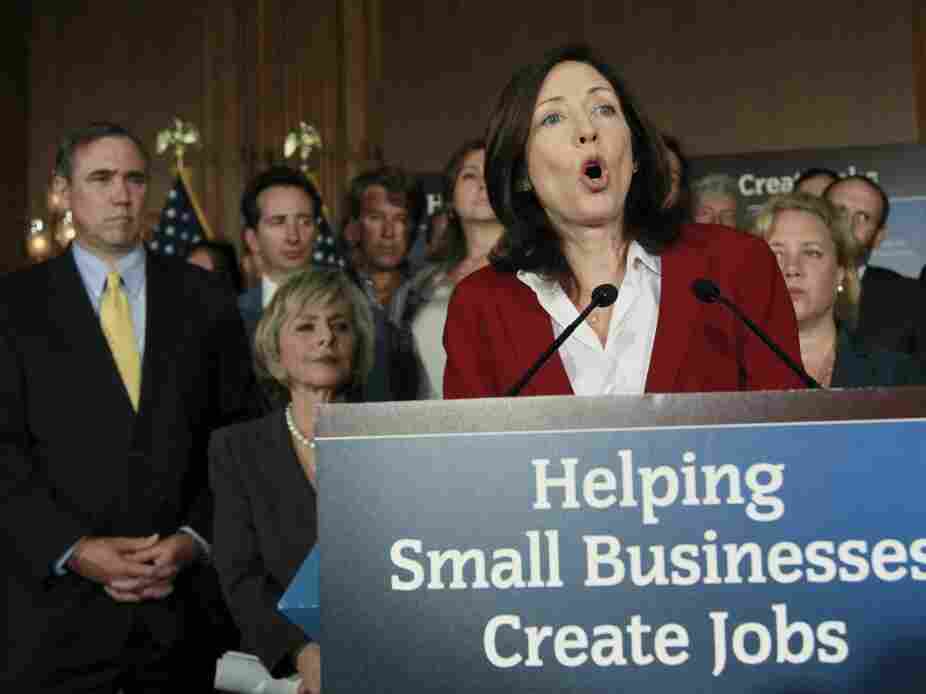 In a move that the White House and congressional Democrats must surely hope will make more persuasive their argument that they've acted to boost the economy despite mostly Republican resistance, the Senate passed a bill Thursday that would make more federally financed loans available to small businesses.

The legislation that passed in a 61 to 38 vote would make $30 billion in loans available to small businesses. It also contains $12 billion in tax cuts.

Republicans had initially supported the bill when it was first proposed as tax cuts but then came to oppose it when the loan-fund provisions were added. They expressed concerns about the deficit and raised alarms that the fund could be another bail-out.

For weeks Senate Democrats had trouble breaking a Republican filibuster holding up the legislation because the majority party couldn't reach 60 votes, which required some Republicans to switch sides.

Finally, earlier this week, two Republicans, both leaving the Senate at the end ot the current legislative session, did switch to join Democrats -- Sens. George Voinovich of Ohio and George LeMieux of Florida.

The legislation now goes to the House where it's expected to quickly pass and head to President Barack Obama's desk to be signed.

Getting this bill enacted should help Democrats counter Republican charges that Democrats support increasing the tax burden on small businesses.

Republicans have made such charges increasingly, especially in the debate over whether to permit Bush-era tax cuts for the wealthy to expire at the end of the year.

The president and many though not all Democrats have argued for extending the tax cuts for any family making $250,000 or less.

But Republicans have argued that small businesses would be hurt by allowing taxes to rise for taxpayers over that income amount because many small businesses file their taxes under the individual rate.

The small business legislation could provide some protection to Democrats against those charges.

Democrats have also made the argument that the legislation is also a jobs bill since small businesses accounted for more than 60 percent of the new jobs created between 1993 and 2008.