Accessibility links
Oprah Winfrey Reportedly Picks Jonathan Franzen's 'Freedom' For Book Club : The Two-Way Several news organizations report Oprah Winfrey has picked 'Freedom,' by Jonathan Franzen, for Oprah's Book Club. After comments he made about the club and show in 2001, Franzen was uninvited by Winfrey. 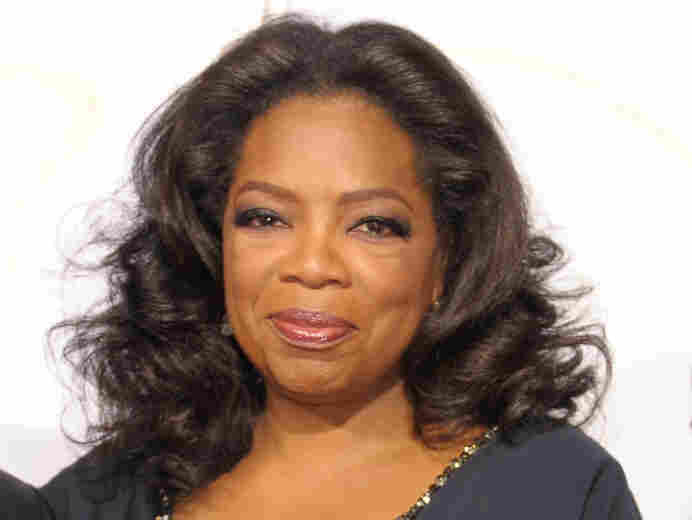 UPDATE at 12:12 p.m. ET: Indeed, Oprah Winfrey has picked Jonathan Franzen's Freedom for her book club. On The Oprah Show today, she said it is "an indelible and deeply moving portrait of our time."

Almost nine years ago, Oprah Winfrey afforded the same honor -- reward? -- to another Franzen book, The Corrections, calling it "a grandly entertaining novel for the new century."

She invited the Chicago-born writer to appear on her show, to follow in the footsteps of some literary lions -- including Toni Morrison, Barbara Kingsolver, and Joyce Carol Oates. Winfrey's imprimatur all but guarantees a book will become a bestseller.

The whole thing -- the invitation, the prospect of appearing on TV, what Winfrey's seal of approval said about his writing -- made Franzen uncomfortable.

Back then, in an interview with NPR's Terry Gross, he said this:

First and foremost, it's a literary book. And I think it's an accessible literary book. It's an open question how big the audience is to which it will be accessible, and I think beyond the limits of that audience, there's going to be a lot of, 'What was Oprah thinking?' kind of responses. They, themselves, over there at "The Oprah Show," they have no idea how they're going to arrange the show because they've never done a book like this, and they're waiting to hear from their readers.

You can hear the rest of their exchange about the Oprah Book Club here:

Franzen's face was on the cover of Time. The New York Times gave Freedom two glowing reviews. On his summer vacation, President Obama picked up an advance copy at a bookstore on Martha's Vineyard.

In August, a reporter for the Star Tribune asked Franzen "if he thought Oprah would want to bless his new book," a critical darling that was flying off store shelves.

On Friday, we'll know for sure, but the AP claims an employee purchased a copy of the book with an Oprah's Book Club logo on the cover. For the record, that's the very same emblem Franzen called a "logo of corporate ownership" in 2001.

So, what should we make of all this? I think Carolyn Kellogg, of the Los Angeles Times, said it best:

It might also mark a reconciliation, a kind of bringing together of former literary antagonists in a generous move of closure for people who love books. And that would be so very Oprah.

Franzen was a guest on Fresh Air again last week. You can listen to that interview here.