Accessibility links
'True Prep' Sure Sign Prep Is Dead : The Two-Way A new updated version of the Official Preppy Handbook shows a world where the old Prep's actually have little place. 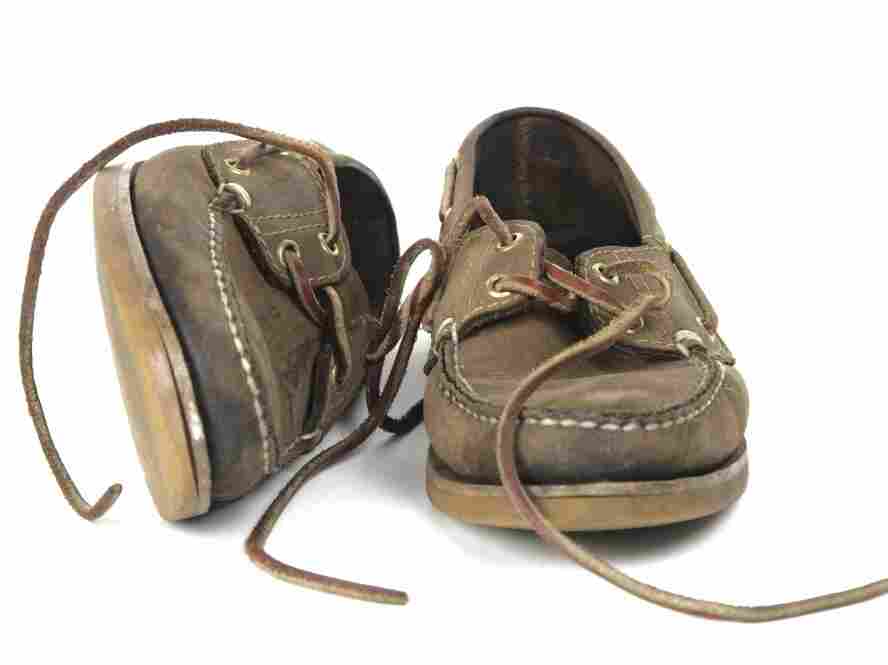 Shoes emblematic of a way of life. iStockphoto.com hide caption

In 1980 I was in sixth grade. The ever sharpening distinctions between popular and not were beginning to be imbued with their true gravity of sexual attraction. It was at that point I can remember first becoming painfully conscious of Lacoste shirts with the collar up and Sperry Top-Siders. Neither of which I owned but had become important totems of boys and girls more attractive than I. What was weird, and something that didn't really strike me till I moved to the Northeast years later, is that we were kids in landlocked Denver wearing boat shoes. I'm fairly sure a very small percentage of my classmates had ever been on a boat even once, let alone often enough to require specialized footwear.

But the reason was simple, a book that defined what popular should look like The Official Preppy Handbook by Lisa Birnbach. I remember a copy of it in my parent's house, and them reading it and laughing. To me it was a catalog of things I did not have and people I wish I could become.

Now Birnbach has returned with a sequel 30 years later. True Prep is an attempt to update that peculiar northeastern monied tribe for the 21st century. Benjamin Schwarz has an interesting piece on the book over at the Atlantic. He says it is fuzzy, it doesn't have the panache and particularity of Birnbach's first effort, but, he says, that is more about culture than writing ability.

True Prep’s imprecision actually reflects the erosion of the distinctiveness of the subculture it attempts to reveal—an erosion engendered by the progress of capitalism and the attendant triumphs of meritocracy and consumer culture. The northeastern establishment has been absorbed by a broader national and international elite; that process has been under way since the late 19th century and, as True Prep inadvertently shows, it is all but complete today. Preppies’ best schools and universities, their professions, even their Park Avenue co-ops are now the province of the phenomenally talented and ferociously competitive—qualities seldom found among the tribe. Their white-shoe law firms (a term that once signified a sleepy intellectual mediocrity as much as good breeding) are theirs no longer, and their best young lawyers strain with the rest of the top grads for associate positions at the once-scorned firms of Proskauer Rose and Paul, Weiss.

There's a pair of Top-Siders lying unworn in a back corner of my closet. I picked them up a few years ago. I still don't go on boats much. Probably time to let them go.