Accessibility links
Texas Board Of Education To Debate 'Pro-Islamic' Bias In Textbooks : The Two-Way In an effort similar to an earlier push to change the state's social studies curriculum, conservatives are urging the board to root out what they believe are anti-Christian and pro-Islamic biases in texts.

Texas School Board To Consider Alleged 'Pro-Islamic' Bias In Textbooks

Texas School Board To Consider Alleged 'Pro-Islamic' Bias In Textbooks

There's a resolution on the agenda of tomorrow's Texas Board of Education meeting concerning the "balanced treatment of religious groups in textbooks." 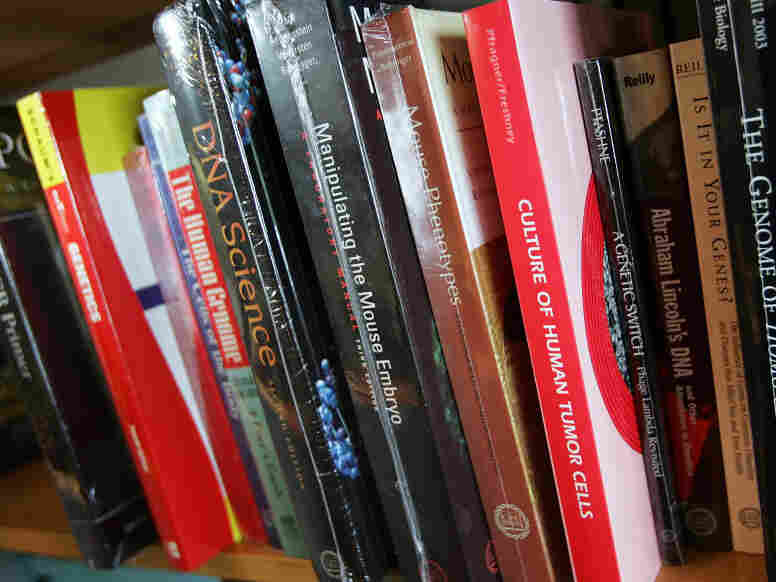 That rather benign description on the board's webpage doesn't totally reflect what's going to be debated.

As MSNBC puts it, the board "is taking up another explosive curriculum question: Are Texan youth being fed a sugar-coated version of Islam while Christianity is unfairly taken to task for its sins?"

Or, according to the Dallas Morning News, "the board will consider a resolution ... that would warn publishers not to push a pro-Islamic, anti-Christian viewpoint in world history textbooks." The newspaper adds that:

What Texas does could have national implications, as Talk of the Nation explained back in March.

Basically, its school system is so large that if Texas presses publishers to make changes in textbooks, the revisions will likely spread to other states as well. In March, the Texas board approved new social studies curriculum guidelines that "put a conservative stamp on history and economics textbooks," as The New York Times reported.

The man who has drafted the resolution being considered this week, unsuccessful school board candidate Randy Rives of Odessa, tells MSNBC that "our documentation clearly shows that the bias is there. ... And we feel that it was not done on accident."

The Texas Freedom Network, which calls itself "a mainstream voice to counter the religious right," says "the resolution and its supporting materials are based on claims that are superficial and grossly misleading." It has posted an analysis here.

Question: Has anyone seen what they would consider to be an anti-Christian or pro-Islamic bias in school textbooks?