Accessibility links
Pakistani Scientist Sentenced To 86 Years For Trying To Kill US Agents : The Two-Way Aafia Siddiqui was convicted of attempting to kill American agents while being questioned in Afghanistan.

Aafia Siddiqui is a Pakistan-born, American-trained cognitive scientist, and a mother of three.She disappeared in 2003 after the arrest of her relative-by-marriage, Khalid Sheikh Mohammed, the alleged mastermind of the 9/11 attacks.

She was put on a list of most wanted Terrorists in 2004, but no one knew where she was. Until one day in 2008 she was arrested in Afghanistan, on suspicion of being a suicide bomber. She was convicted in February of seizing a gun while she was being questioned and trying to kill her interrogators, while shouting "Death to America." She was shot in the stomach while being subdued, according to prosecutors.

During her trial she made repeated outbursts proclaiming her innocence. Protesters in Pakistan have repeatedly called for her release. 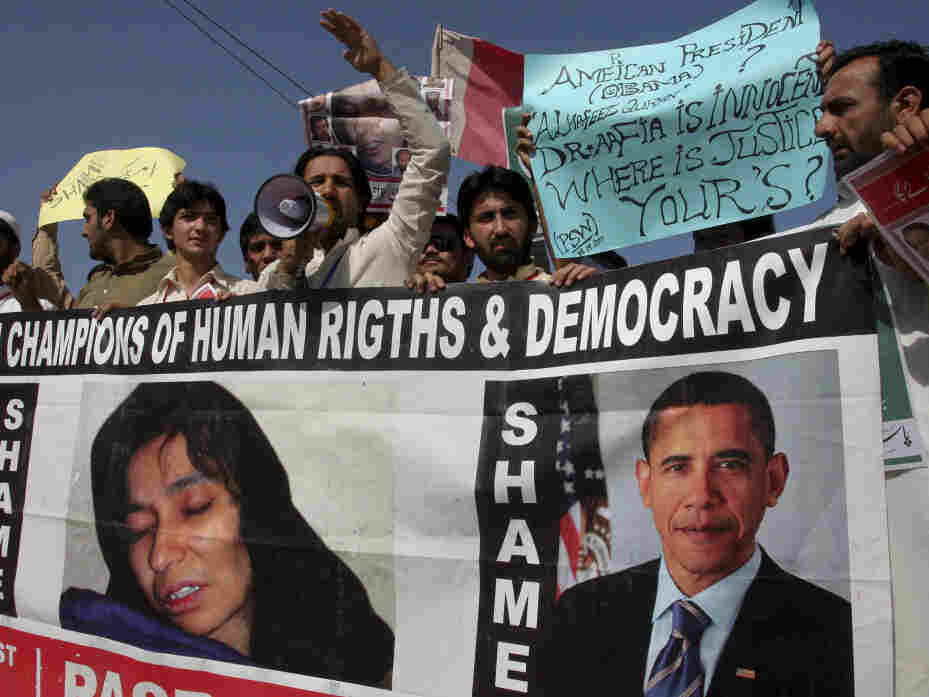 After her sentencing, she told her supporters, "Don't get angry. Forgive Judge Berman." Richard Berman was the judge at the US District Court in Manhattan who adjudicated the trial.