Accessibility links
Owner Of Segway Company Dies On Segway : The Two-Way The owner of the Segway company dies in an accident on a Segway. The millionaire philanthropist Jimi Heselden was 62, he made his fortune by inventing Hesco barriers, used on military bases for protection.

Owner Of Segway Dies On Segway

Owner Of Segway Dies On Segway

Jimi Heselden, the owner of Segway, apparently drove one of the personal transport devices off a cliff and into a river. He was killed. Police say they do not suspect foul play.

Heselden, 62, was one of Britain's richest people. He purchased the Segway company last year. He was also one of the most generous, giving away some 23 million pounds to various charities.

To be honest, I clicked on this story for the headline alone, but Heselden's life is fascinating. He grew up poor in Leeds, England. He left school at 15 and went to work in the mines. Despite his success he stayed in his hometown, building his company headquarters a short walk from his boyhood home. From the Daily Mail:

He said: 'There are people out there who are making money and when times are good I honestly believe people have a moral obligation to use their wealth to help others.

'There are a lot of families out there who are struggling and a lot of youngsters who have grown up without role models and who can't get jobs.

'Life turned out pretty well for me, but I still work in the same area where I grew up and every day I see people who for whatever reason are down on their luck.'

And he made his fortune in a way that anyone who has been to Iraq and Afghanistan can be thankful for. In 1990 he founded Hesco Bastion, which makes concertina barriers that are filled with dirt and junk and whatever and are used to protect military bases and secure areas. They are everywhere in warzones. And I cannot tell you the sense of security one gets when one gets behind one during an attack. Thanks, Jimi. 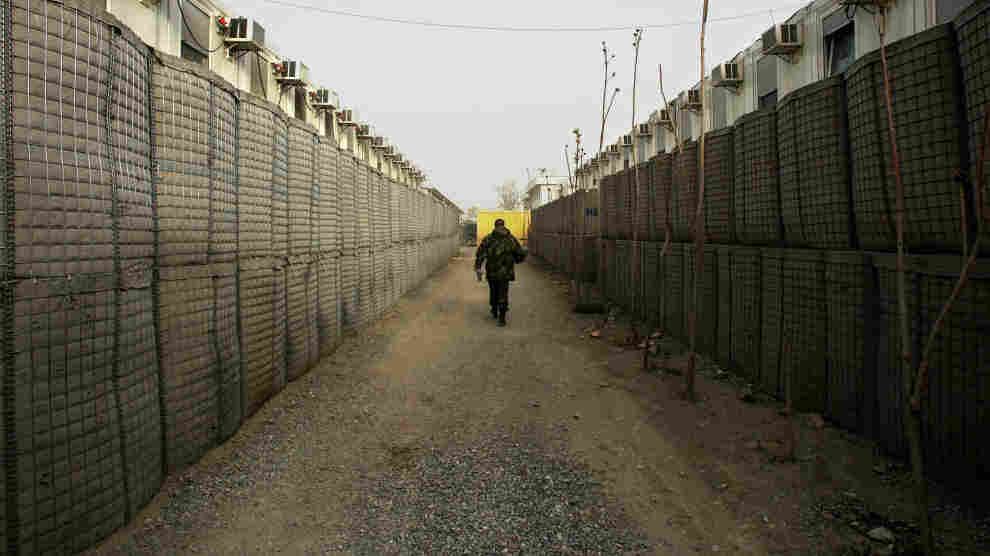