Accessibility links
In Afghanistan, Midwives 'Are Like Guardian Angels For Infants And Mothers' : The Two-Way In Afghanistan, midwifery has become a more widely accepted path for women to take. They serve an important role in a country where pregnant mothers and newborns face huge risks. 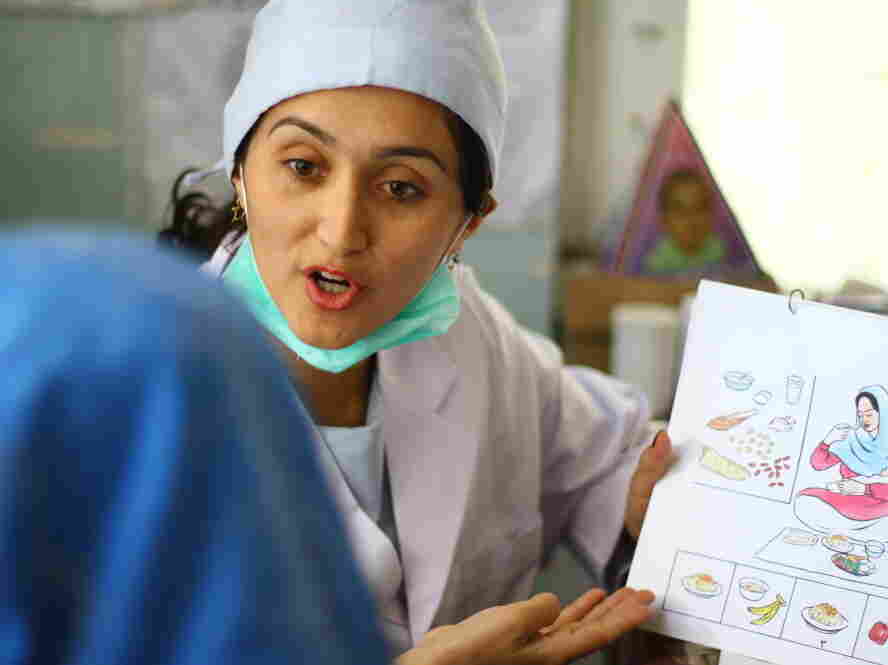 Farangis Sultani is one of two midwives in Badakhshan Province's Shatak village. In 2004, the village lost 54 mothers and 46 newborns because of poor access to healthcare. This last year, because of improved care that's centered around midwives, only two babies died in the clinic. Jim Wildman/NPR hide caption

Midwife Farangis Sultani tells the story of a woman who was in a great deal of pain last winter. The woman was in labor -- and her family had brought her to the Shatak village clinic after a three-hour walk on the back of a donkey.

The young midwife did what she could -- and "with God's hand" -- the second baby was born successfully. Mother and twin children were healthy -- defying the statistics in Afghanistan's Badakhshan Province, where pregnant mothers and newborns die too often because villagers live too far from health care.

"These women are like guardian angels for infants and mothers," says Zafaran Natiqi, head of women's affairs in Badakhshan.

It's a career path that has the backing of elders in the province, even though Afghanistan's culture doesn't normally allow young and married women to work outside the home. Village councils actually vote to select the midwife candidates from their own community.

"I come from a very religious family," says Mawlawi Zabihulla Atiq, the leader of the provincial council. "I realize this is a necessity. It's how we can protect our pregnant women and daughters."

Farangis Sultani has recorded each delivery she's performed in a giant log book. She points an entry that describes what happened last winter:

When I helped that woman, I felt proud. It's an honor for me, for the people who trained me, and for my family.

Jim Wildman is a senior producer of Morning Edition, traveling with NPR's Renee Montagne on her reporting trip to Afghanistan. 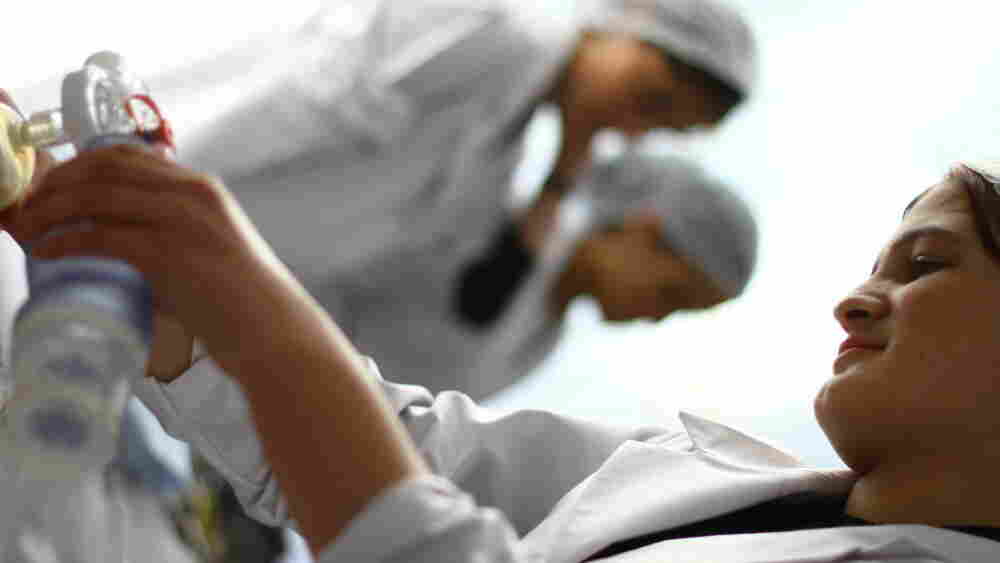 Young women from all over Afghanistan's Badakhshan Province study midwifery for eighteen months in the capital city of Faizabad. The next class of students will graduate in the coming weeks -- then return to their villages. Jim Wildman/NPR hide caption