Accessibility links
Hilary Clinton Wants Pakistan To Start Paying Its Fair Share : The Two-Way US Secretary of State Hilary Clinton says Pakistan needs to raise its taxes. She says it's one of her "pet peeves" that countries who want American help don't tax themselves. 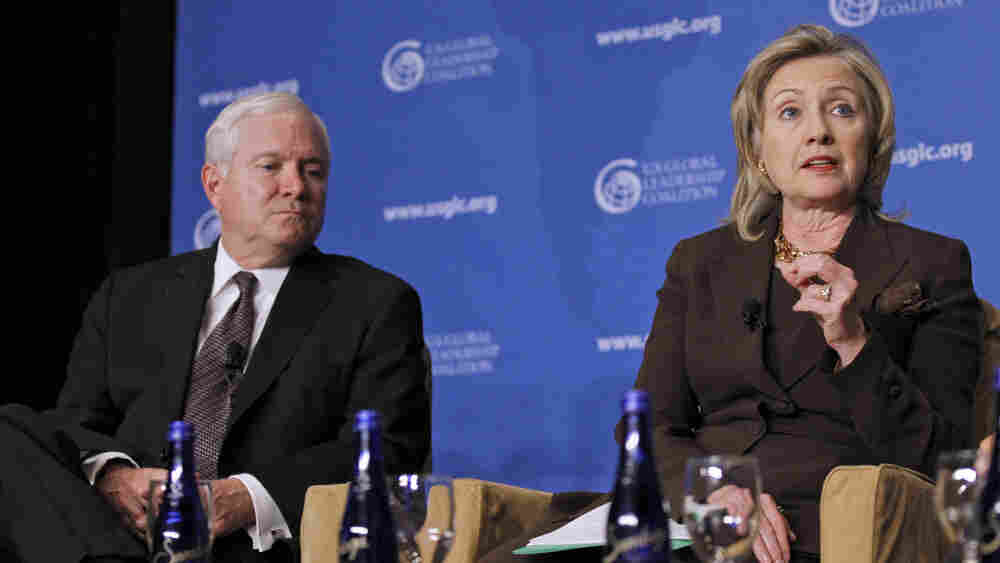 The United States is plowing billions of dollars into Pakistan in both military and civilian aid. And yet, the elites of Pakistan are barely taxed, tax evasion is endemic in the country, and they still expect the United States to come in and pay for everything.

"This is one of my pet peeves: Countries that will not tax their elites but expect us to come in and help them serve their people are just not going to get the kind of help from us that they have been getting," Secretary of State Hillary Clinton told an audience Tuesday at the U.S. Global Leadership Coalition conference.

"Pakistan cannot have a tax rate of 9 percent of GDP when land owners and all of the other elites do not pay anything or pay so little it's laughable, and then when there's a problem everybody expects the United States and others to come in and help," Clinton said to a round of applause. She noted that Pakistan's finance minister is now presenting a package of economic and tax reforms.

Also at the conference was Defense Secretary Robert Gates. For years he's been calling for the budget of the State Department to be increased to help the Pentagon in its efforts in Iraq and Afghanistan. And it what may be the quote of the week, he points out it's not happening:

"We are making a transition to a civilian-led process [in Iraq], but the Congress took a huge whack at the budget that the State Department submitted for this transition," Gates said.

"It reminds me of the last scene in Charlie Wilson's War."