Accessibility links
Gambian Leader Claims Fictitious Awards : The Two-Way The autocratic leader of the country of Gambia recently claimed to receive a number of awards from President Obama, the country of Germany, and the State of Nebraska. In reality, most of them don't even exist. 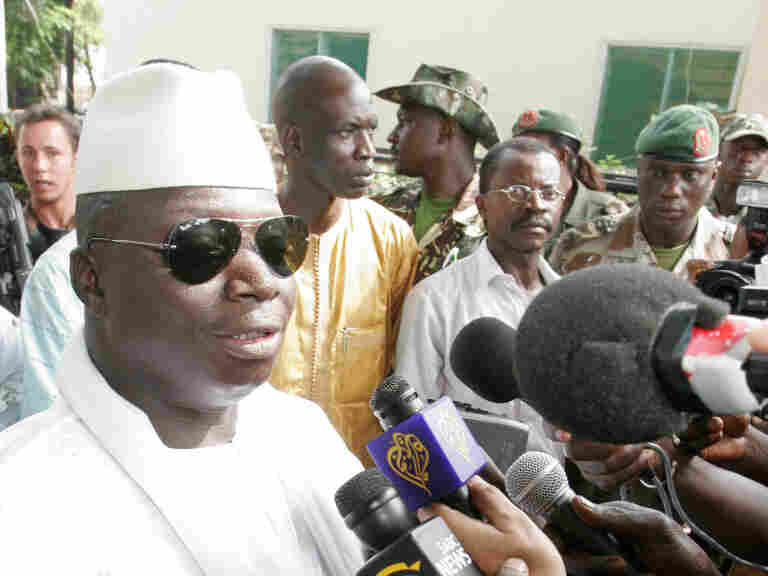 File this under, sometimes it would be great to be a autocratic ruler just for the silly stuff. I mean, you can't make this up.

In the Gambian newspaper/official mouthpiece the "Daily Observer" (motto: "Forward with the Gambia") it was announced His Excellency Sheikh Professor Alhaji Dr Yahya Jammeh won four awards, two from "Barrack" Obama. To wit:

The awards include the 'President's Volunteer Call to Service Award', and the 'Platinum Award 2009 by President Barrack Obama'. The last two awards are the 'Admiral of the Great Navy of the State of Nebraska', USA', given to the Gambian leader by its Governor, Dave Heinemana, whilst the fourth award, the 'Honorary Vocational Bachelors Degree' was given by the Printers and Publishers Guild of Northern Germany.

As you might expect, and as the Committee to Protect Journalists quickly established, the story is completely fabricated. 3 of the 4 awards simply don't exist. While Jammeh didn't, one can, however, become an Admiral in the Great Navy of the State of Nebraska. No, seriously.