Accessibility links
Let Retired Supreme Court Justices Pinch Hit, Judiciary Committee Chairman Says : The Two-Way After a conversation with a retired Supreme Court justice, Sen. Patrick Leahy (D-VT) introduces legislation that would allow the Supreme Court to use retired justices when an active justice recuses himself or herself from a case. 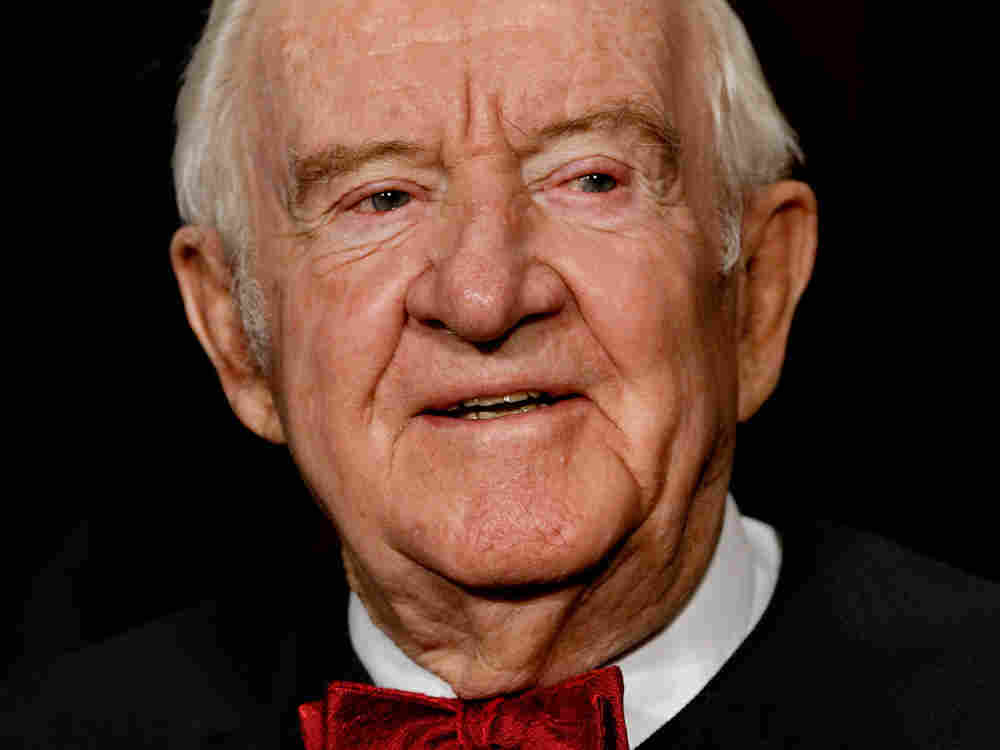 John Paul Stevens, who was nominated as an associate justice of the Supreme Court by President Ford, suggested to Sen. Patrick Leahy (D-VT) retired justices should be allowed to sit by designation. J. Scott Applewhite/AP hide caption 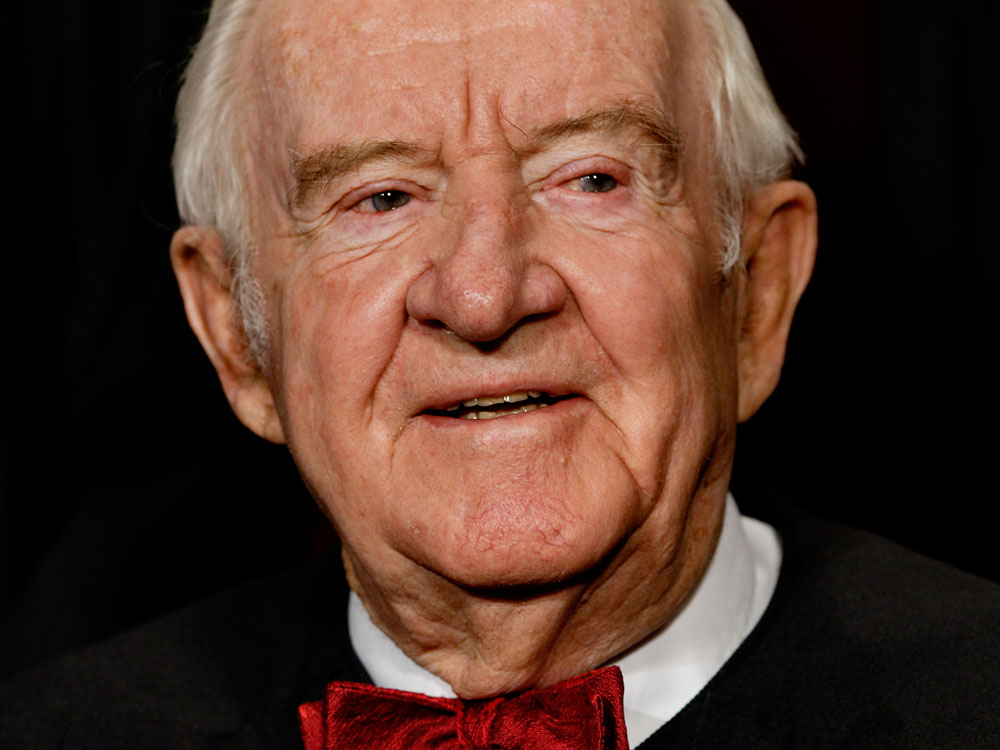 John Paul Stevens, who was nominated as an associate justice of the Supreme Court by President Ford, suggested to Sen. Patrick Leahy (D-VT) retired justices should be allowed to sit by designation.

Sen. Patrick Leahy (D-VT), the chairman of the U.S. Senate Committee on the Judiciary, has introduced legislation that would allow retired Supreme Court justices to return to the court by designation when one or more of the court's active members has recused.

Under Leahy's proposed legislation, the court, by majority vote, could designate a former justice to sit in for a current justice who has disqualified himself or herself from a case, NPR's Nina Totenberg reports.

According to Totenberg, "Leahy said it was Stevens who first suggested to him the idea of designating a former justice to ensure a full court hears all cases and to prevent tie votes."

"When a Justice needs to recuse from a matter under the rules that govern judicial conflicts of interest, the Supreme Court may be rendered ineffective, because there are no provisions in place to allow another to be designated to sit in his or her place," Leahy said in a statement.

Given the Court’s recent rash of 5:4 rulings, the absence of one Justice could result in a 4:4 decision.  In that scenario, the Supreme Court cannot serve its function and the lower court decision stands.

Congress has previously given the Chief Justice of the Supreme Court the authority to designate and assign retired Supreme Court justices to cases in any federal circuit.  However, the law does not provide any authority permitting a former justice to sit by designation on the Supreme Court – the court to which he or she was confirmed.

Thus far, the court's newest justice, Elena Kagan, has recused herself from 25 cases because of her participation in them as the Obama administration's solicitor general.