NPR's Quil Lawrence tells NPR Newscasts Pakistani authorities are blocking a vital border crossing, protesting an apparent NATO incursion out of Afghanistan. Pakistan says three of its border guards were killed today in NATO attacks. NATO says it's investigating but if it's true, this would be the fourth incursion in about a week. NATO says it has the right to chase insurgents who attack them in Afghanistan and then flee into Pakistan but many Pakistani's don't like this; NPR's Anthony Kuhn reports Pakistani media yesterday interviewed an ex-Pakistani Army staffer who wants Pakistani forces to fire back at NATO aircraft. 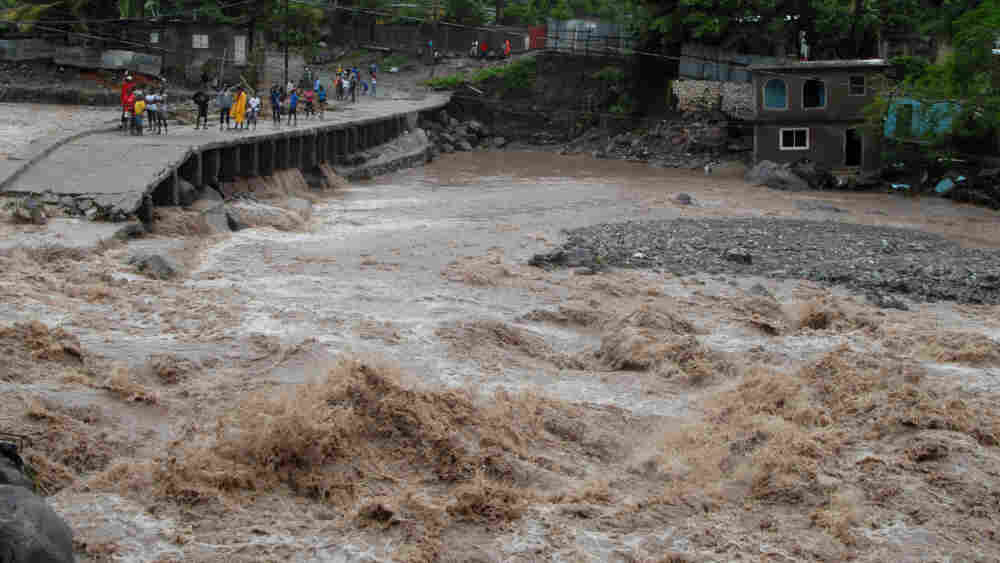 Jamaican residents watch flooding as they stand near a destroyed bridge that linked the towns of Kintyre and Kingston, on Wednesday Sept. 29, 2010. Collin Reid/Associated Press hide caption

Nicole is already shredded by another weather system barreling east toward the U.S. Atlantic coast but the heavy weather combination means torrential flooding all the way up the eastern seaboard, especially in North Carolina. Gov. Beverly Perdue issued a state of emergency, after the National Weather Center warned some places in her state could get up to nine inches of rain. Nicole lived as a storm with a name for just six hours on Wednesday but its earlier effect in Jamaica was devastating: two people were killed and at least six are missing and feared dead.

This year's Right Livelihood Award laureates have been announced. The award  was set up in 1980 by Swedish/German philanthropist Jakob von Uexkull 'to honour and support those 'offering practical and exemplary answers to the most urgent challenges facing us today'. The winners are honored during a ceremony in the Swedish Parliament. The 2010 laureates:

Nimmo Bassey of Nigeria: 'for revealing the full ecological and human horrors of oil production and for his inspired work to strengthen the environmental movement in Nigeria and globally'.

Bishop Erwin Krautler of Brazil: 'for a lifetime of work for the human and environmental rights of indigenous peoples and for his tireless efforts to save the Amazon forest from destruction'.

Shrikrishna Upadhyay and the organisation Sappros of Nepal: 'for demonstrating over many years the power of community mobilisation to address the multiple causes of poverty even when threatened by political violence and instability'.

Physicians for Human Rights-Israel: 'for their indomitable spirit in working for the right to health for all people in Israel and Palestine'.

Read more about the history of Right Livelihood here. The winners share a cash award of about $270,000. 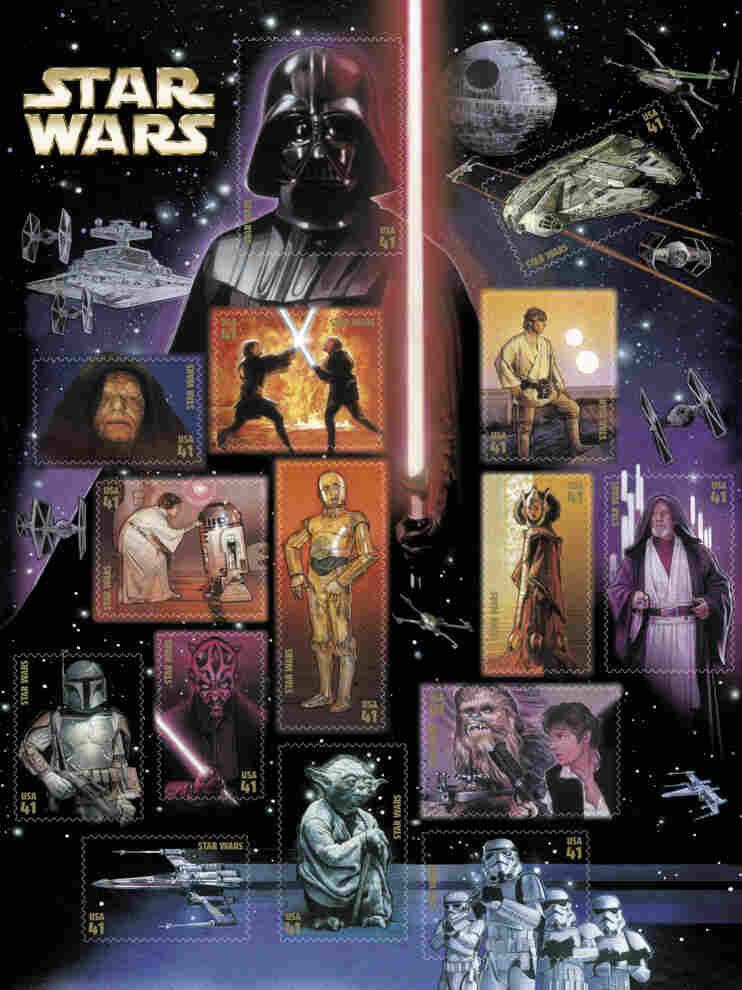 He forgot the U.S. postage stamps and Express Mail envelopes. NPR actually did a popular radio version originally broadcast in 1981. But I wonder why we can't seem to sell off the rest of our 'Star Wars Trilogy Collectors Edition'? Puzzling....