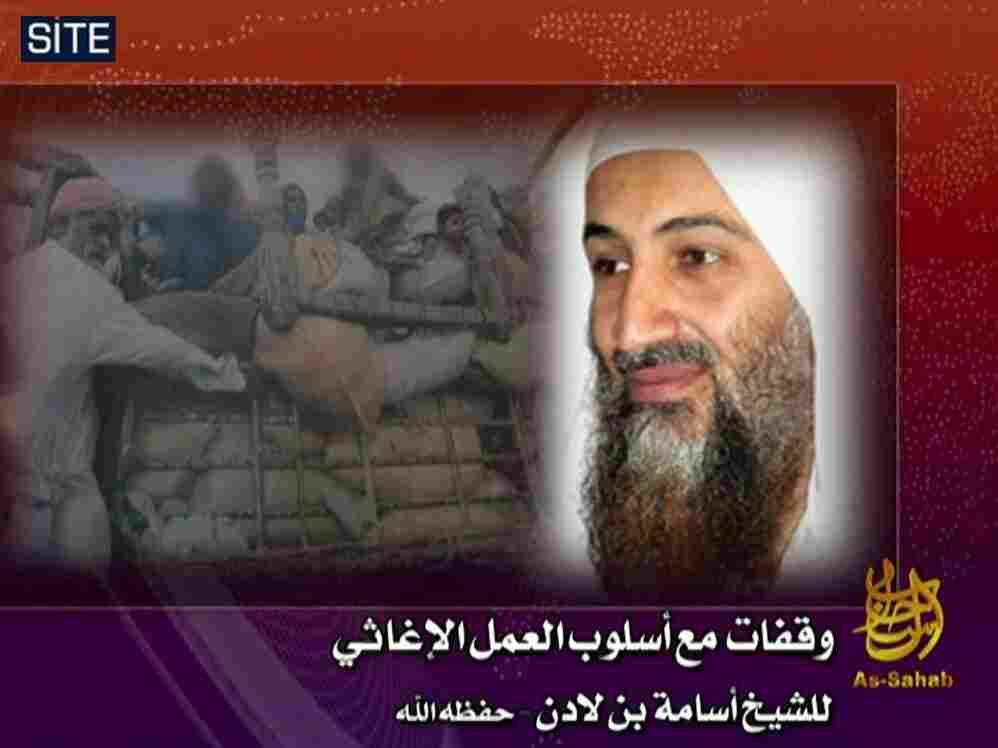 Picture of Al-Qaeda leader Osama bin Laden that was shown over the audio of his newest tape. HO/Getty/SITE Intelligence Group hide caption

In a new tape released today Osama Bin Laden criticized the Pakistani government for its handling on massive floods in that country, and, oddly, weighed in on climate change.

He says on the floods:

"Millions of children are out in the open air, lacking basic elements of living, including drinking water, resulting in their bodies shedding liquids and subsequently their death."

And speaks on a topic I had no idea topped the list of jihadi concerns, climate change.

"The huge climate change is affecting our (Islamic) nation and is causing great catastrophes throughout the Islamic world. It is not sufficient anymore to maintain the same relief efforts as previously, as it has become crucial to deliver tents, food and medicine."

The authenticity of the tape could not be immediately confirmed.

As NPR's Dina Temple Raston reported yesterday, Bin Laden is also thought to be behind the terror plots in Europe that came to light this week.And they're now worried he might be looking in this direction.