Accessibility links
CNN Spokesperson: Anchor Rick Sanchez 'Is No Longer With The Company' : The Two-Way During an interview with Pete Dominick, Rick Sanchez, who hosted "Rick's List" on weekdays, called comedian Jon Stewart a bigot, then made several antisemitic remarks.

CNN Spokesperson: Anchor Rick Sanchez 'Is No Longer With The Company'

CNN Spokesperson: Anchor Rick Sanchez 'Is No Longer With The Company' 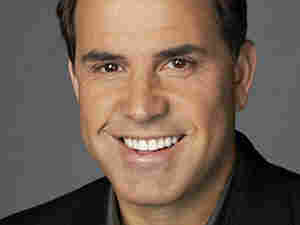 In an appearance on Pete Dominick's SIRIUS show last night, promoting Conventional Idiocy: Why the New America is Sick of Old Politics, Rick Sanchez called Jon Stewart a bigot -- with "very much a white, liberal establishment point of view."

When Dominick suggested Jews (such as Stewart) have some sense of what it's like to be an oppressed minority and saying that Jews are as much minorities as Latinos in the U.S. (Sanchez is Cuban-American), he snickered. "Yeah," Sanchez said, sarcastically. "Very powerless people… [snickers] He's such a minority, I mean, you know [sarcastically]… Please, what are you kidding? … I'm telling you that everybody who runs CNN is a lot like Stewart, and a lot of people who run all the other networks are a lot like Stewart, and to imply that somehow they — the people in this country who are Jewish — are an oppressed minority? Yeah."

He is no longer on the CNN payroll. A network spokesperson gave this statement to NPR:

Rick Sanchez is no longer with the company. We thank Rick for his years of service and we wish him well.

You can hear audio of the exchange after the jump.