Accessibility links
US, Japan Issue "Travel Alert" For People Visiting Europe : The Two-Way The United States and Japan have both issues warnings to their citizens to be alert if they are traveling in Europe. There have been reports in recent days of terrorist plots targeting European cities. 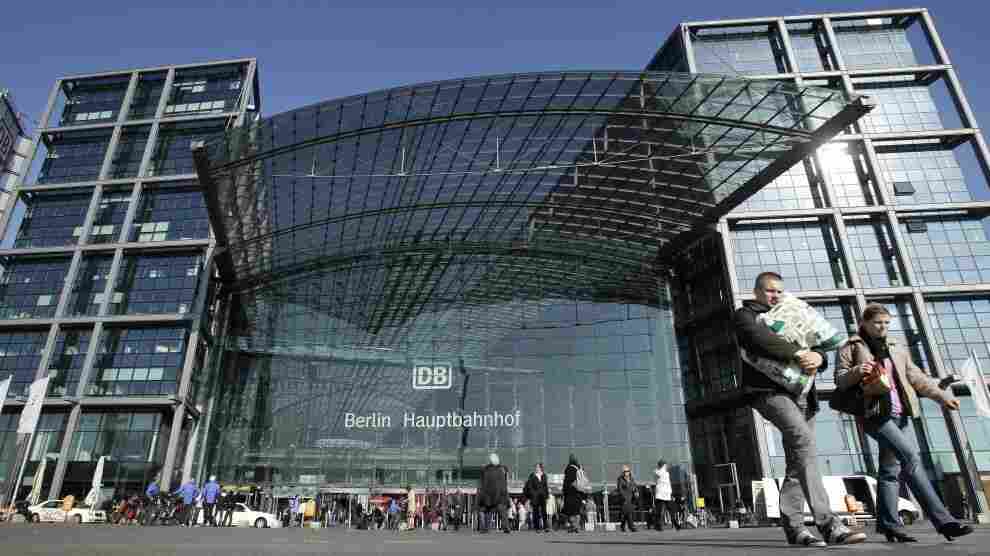 People pass the main train station in Berlin, Germany, Monday, Oct. 4, 2010. The train station is among the buildings in Berlin which are allegedly a target for terror attacks. Michael Sohn/AP hide caption

The U.S. State Department issued a travel alert yesterday, warning Americans in Europe to take precautions. Japan followed suit with a warning for its citizens today. There have been indications for days that Western intelligence believes there is a serious threat of potential terror attacks in Europe:

U.S. citizens are reminded of the potential for terrorists to attack public transportation systems and other tourist infrastructure.  Terrorists have targeted and attacked subway and rail systems, as well as aviation and maritime services.  U.S. citizens should take every precaution to be aware of their surroundings and to adopt appropriate safety measures to protect themselves when traveling.

The State Department held a teleconference yesterday about the warning, and they stressed that they weren't telling people not to travel to Europe, just to be cautious and aware. This caused some journalists to wonder why exactly they'd bothered.

Why did you feel it necessary to put out an alert that obviously has gained a lot of media attention, to warn them to use common sense?

UNDER SECRETARY KENNEDY: Because there are times when we – the United States Government comes into possession of information where we prudently feel that it is necessary to say to the American traveling public and the American citizens who live and work abroad that there is a heightened need for them to take appropriate security measures to protect themselves. There is in effect (inaudible) routine day-to-day activities –obviously where we all need to practice common sense in our daily lives, but there can be heightened situations where prudence says that you say to the American people, you need to take -- to make sure that you follow appropriate security measures.