Accessibility links
'I'm Not A Witch,' Republican Candidate Christine O'Donnell Tells Delaware Voters : The Two-Way The ad is in response to a video clip of her, from 'Politically Incorrect,' in which she claimed to have 'dabbled into witchcraft' earlier in her life. 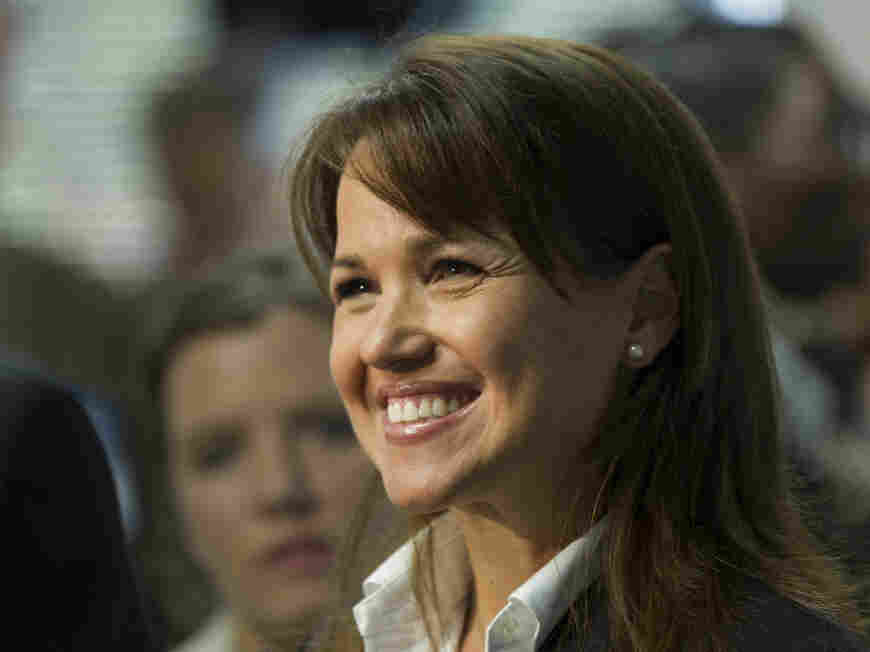 In a new ad, Christine O'Donnell responds to a clip of her, from Oct. 29, 1999, on Bill Maher's Politically Incorrect, that has resurfaced since she won the Delaware Republican primary:

None of us are perfect, but none of us can be happy with what we see all around us: politicians who think spending, trading favors and back-room deals are the ways to stay in office. I'll go to Washington and do what you'd do.

I'm Christine O'Donnell, and I approve this message. I'm you.

In the video, O'Donnell tells Maher and his panelists the following:

According to ABC News, "O'Donnell appeared on the political talk show on 22 different episodes, and Maher has said he will air a clip of O'Donnell every week until she agrees to appear on his show."