Accessibility links
Somali Conflcit Extends To Refugees In Kenya : The Two-Way Tens of thousands of Somali refugees fled the conflict in their homeland to neighboring Kenya. Now, the conflict is following them there. 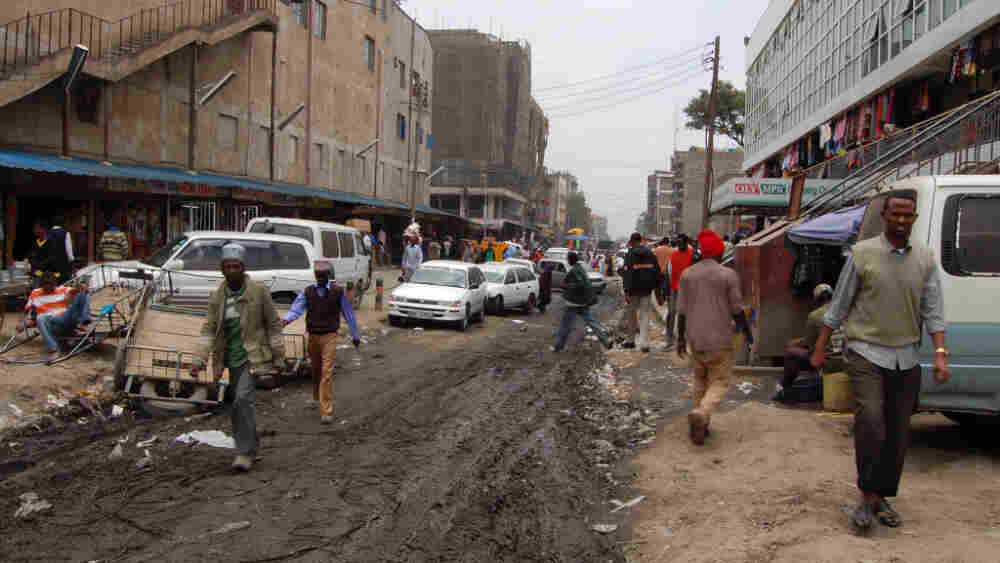 NPR's Frank Langfitt continues his series on Somalia today. In this report he heads to the Nairobi neighborhood of Eastleigh. It is there that tens of thousands of Somalis who fled the war in neighboring Somalia ended up. It's also there, Frank says, that Al Shabab, the Islamic group fighting the government in Somalia, is now making inroads. Here's what he sent us today.

As I was interviewing people in Eastleigh, I was struck by how the religious battles back in Somalia extend across the border here in particularly menacing ways.

I talked with a guy named Ibrahim Sheikh Hassan, who used to teach psychology and political science at Somali National University in Mogadishu

We met at a book store. He looked quite cool: mirrored shades and a white Muslim cap, called a koofi, (pronounced “coffee”) in Somali.

Hassan said that Al Shabbab shot him at an airport outside Mogadishu two years ago.

He was returning from an international conference on Somalia that Al-Shabbab opposed.

”I escaped from the airport,” Hassan told me. “I went to the (Somali) city of Baidoa. Someone called and said, ‘Now you’ve escaped, but the next time, you won’t.’

A few days later, while we were sleeping, someone shot into our room.”

Hassan fled to Eastleigh, but didn’t leave Shabab behind. He says he occasionally argues about religion with al-Shabbab supporters in tea houses here.

““Sometimes they say, ‘If you were in Mogadishu, we would shoot you,’” Hassan said. “Or, we can even hurt you here’.”