Accessibility links
No Cabbage. No Kimchi. Crisis. : The Two-Way A dearth of Napa cabbage, the main ingredient in Kimchi, is causing panicked shopping, price gouging, even theft as people desperately try to score a kimchi fix.

No Cabbage. No Kimchi. Crisis.

No Cabbage. No Kimchi. Crisis. 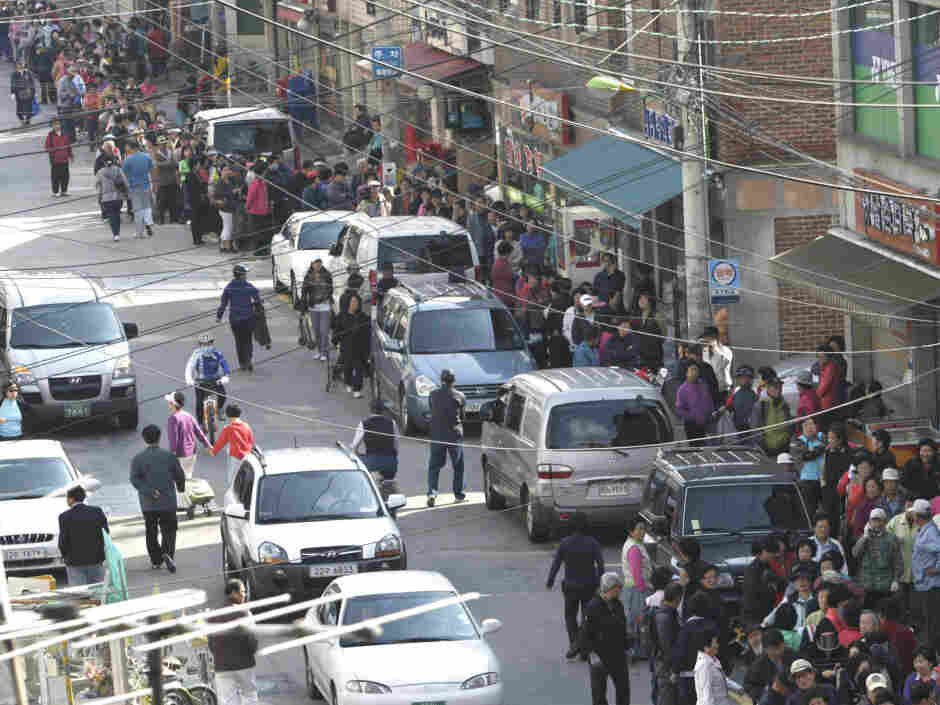 A shortage of Napa cabbage, the main ingredient in the spicy dish, is causing prices to soar, fights to break out, and government subsidies.

Seeking an immediate substitute, the government temporarily suspended tariffs on Chinese-imported cabbage and other produce this week, part of a plan to rush an additional 100 tons of the staple into supermarkets and stores. The Seoul city government, meanwhile, is providing the busiest markets with 300,000 heads of Napa cabbage at just 70 percent of the market price — enough to feed 10,000 households.

Kimchi, made of cabbage fermented in white radish, garlic and chili paste seasoning, is low in calories and rich in vitamins. It is so ubiquitous in South Korea that it is provided as a free side dish in all local restaurants from steakhouses and Chinese restaurants to pizzerias.

I'm trying to think of an American equivalent, and I can't. Maybe if we ran out of potatoes. But probably not even then. If you have Korean friends, ask them about it. The look of horror alone communicates the desperation.

One man was arrested Sunday for allegedly stealing 10 head of cabbage from a field in South Korea's northeastern Gangwon province, local police said.

"I could see why he did it," Kim Chang-wan, a Seoul businessman, said Monday of the alleged theft. "I have to get my kimchi fix with every meal or I'm not completely satiated," he said.

The best response I've seen on twitter is "It's okay. At least we have Starcraft 2." For those of you who don't know, playing the new video game is a professional sport in South Korea.