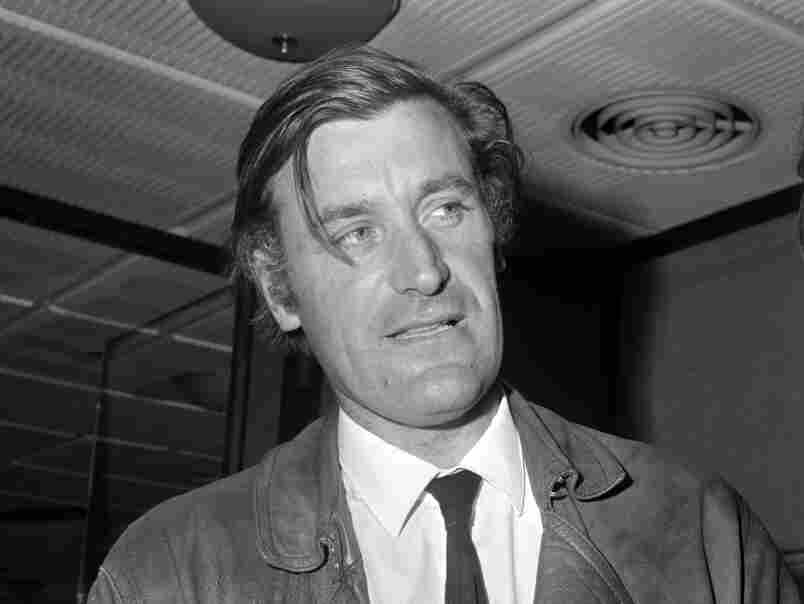 The New Statesman, a British magazine, published "Last letter," a poem that, in the words of the periodical's guest editor, writer Melvyn Bragg, "describes what happened in the three days leading up to the suicide of [poet Ted Hughes'] first wife, the poet Sylvia Plath."

Its first line is: "What happened that night? Your final night." -- and the poem ends with the moment Hughes is informed of his wife's death.

Plath killed herself in 1963, when she was 30 years old, shortly after separating with Hughes.

"This has been the focus of acrimony and fascination for decades," NPR's Philip Reeves said.

Many fans of the American poet and novelist blamed Hughes for her death. Vandals tried to remove an inscription by him on Plath's tombstone.

You can see various drafts of the poem here, on the New Statesman's website.

Bragg found "Last letter" in the Ted Hughes archive at the British Library. The poet's widow, Carol, led him to it.

According to Reeves, the poem "gives a sense of the torment felt by Hughes over her suicide."

Actor Jonathan Pryce reads an excerpt of it on Channel 4: