Accessibility links
Google Robot Cars. Again With The Skynet, People? : The Two-Way Google has been testing driverless cars on the roads of California. It may be years yet, but the ultimate goal is to have cars be completely robot driven. 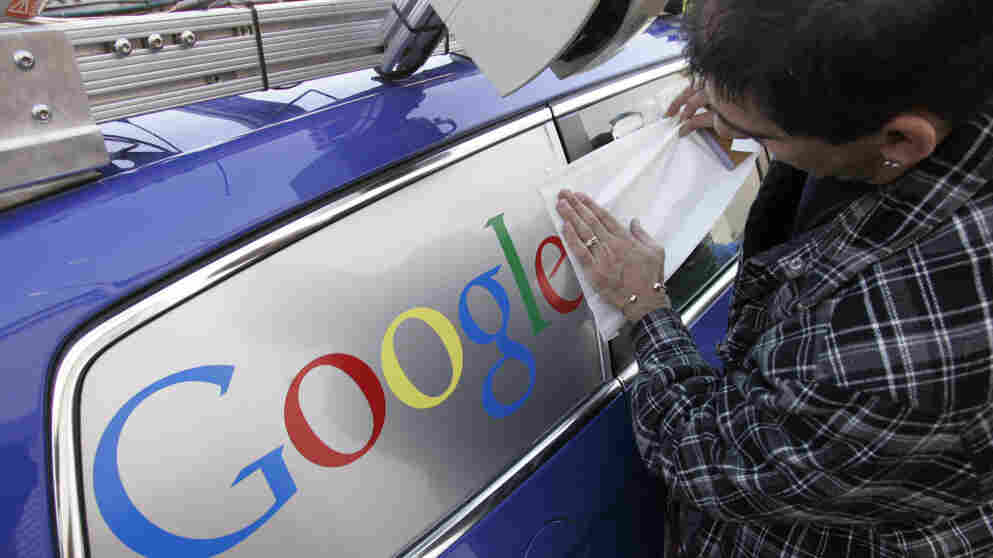 First it's the GPS router of doom, now the robots are just going to be driving the cars?

The New York Times had a piece over the weekend that outlined yet another Google-cum-robot plan for world domination. Robot cars. No, really, I'm serious.

With someone behind the wheel to take control if something goes awry and a technician in the passenger seat to monitor the navigation system, seven test cars have driven 1,000 miles without human intervention and more than 140,000 miles with only occasional human control. One even drove itself down Lombard Street in San Francisco, one of the steepest and curviest streets in the nation. The only accident, engineers said, was when one Google car was rear-ended while stopped at a traffic light.

Safety has been our first priority in this project. Our cars are never unmanned. We always have a trained safety driver behind the wheel who can take over as easily as one disengages cruise control. And we also have a trained software operator in the passenger seat to monitor the software. Any test begins by sending out a driver in a conventionally driven car to map the route and road conditions. By mapping features like lane markers and traffic signs, the software in the car becomes familiar with the environment and its characteristics in advance. And we’ve briefed local police on our work.

Once again they blithely ignore the Skynet risk. Apparently the cars can be set to "cautious" or "aggressive." Wonderful. One more step towards robot domination.