Accessibility links
Six Killed In Afghanistan; More Strikes In France; Mexican Investigator Slain : The Two-Way The men were killed in Southern Afghanistan. French unions extend their strike for another day, bringing the country to a halt. And a Mexican police investigator is beheaded.

The four were slain by a bomb blast in Southern Afghanistan. NATO didn't release any further details. 2010 is the deadliest year of the 9 year war, at least 577 NATO forces have died so far this year. 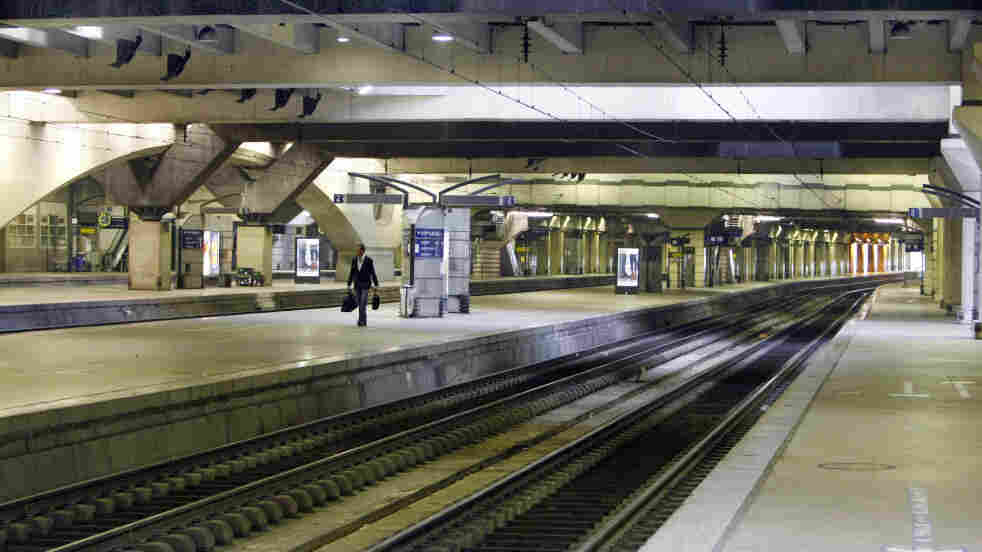 A traveler is seen on the empty platforms of the Montparnasse station in Paris, Wednesday Oct. 13, 2010. Remy de la Mauviniere/AP hide caption

For the second day in a row, much of France has been brought to a standstill by massive labor strikes. Rail and bus service is operating at a crawl, if at all, and refineries are being blocked by striking workers in Marseilles, setting off fears of fuel shortages. At least a million people took to the streets yesterday to protest the raising of the retirement age from 60 to 62. At this point it's unclear how long the strikes will last, as many unions have voted to extend them. 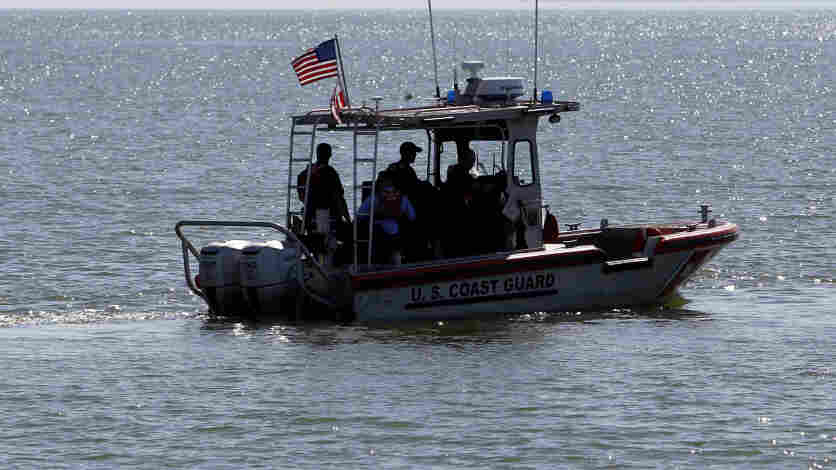 A U.S. Coast Guard boat is seen on Falcon Lake, a lake that straddles the U.S. Mexico border, where where Coloradan David Hartley is still missing. Eric Gay/AP hide caption

In the latest toll in Mexico's drug war Commander Rolando Flores's decapitated head was found in a suitcase outside an army base. Flores had been investigating the disappearance of American David Hartley, whose wife says he was shot by pirates on a border lake.