Accessibility links
Barbara Billingsley: Best TV Mom Ever? : The Two-Way Actress Barbara Billingsley, who died Saturday at the age of 94, played the perfect mom on Leave It To Beaver. She certainly seems to stand among the many great "TV moms."

In The Hall Of Fame For TV Moms, Where Does 'June Cleaver' Rank?

In The Hall Of Fame For TV Moms, Where Does 'June Cleaver' Rank? 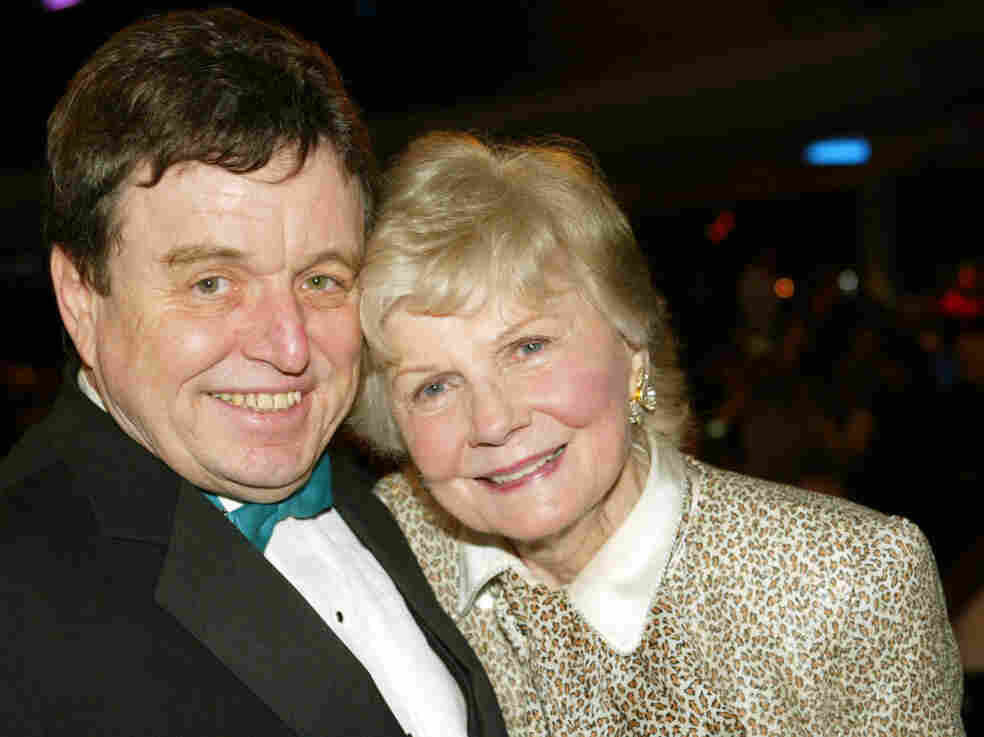 There are more than enough serious stories making headlines again today. From the foreclosure mess, to word that U.S. officials had  been warned about one plotter's involvement in the Mumbai terrorist attacks, to more signs that "GOP Cash Threatens To Swamp Dems," and so on, there are many to choose.

Or, if sports is your game, there's last night's pitching duel between the San Francisco Giants' Tim Lincecum and the Philadelphia Phillies' Roy Halladay (the Giants won, 4-3). There's plenty of fodder for discussion there.

But let's take a break on this crisp, clear fall day (for those of us in the mid-Atlantic region, at least) to pay our respects to June Cleaver.

Or, more accurately of course, to actress Barbara Billingsley, who died Saturday at the age of 94.

Even if you're not old enough to have seen Leave It To Beaver when it was first on the air in the late '50s and early '60s, there's a pretty good chance you've seen a rerun or two of the show.

It was the daily life of Beaver, Wally, Ward and June -- the very sterotypical, very perfect family with a dad who went off to work each day and a mom who stayed home and somehow kept everything going without ever messing her hair or disturbing the pearls around her neck.

The national troubles of the day -- segregation, for example -- didn't really factor into the show much. The Cleavers' world was a very white, very suburban one. The troubles that Wally and the Beav got into were ones born of mischief. But you got the feeling from the shows that the Cleavers were a loving family, and that Ward and June would have taught their boys to be fair to all, regardless of race.

And at the center of it all was June, played with grace by Billingsley. She was calm and loving, smart and sensible.

But we wonder, where would you put June Cleaver (Barbara Billingsley) on the list?