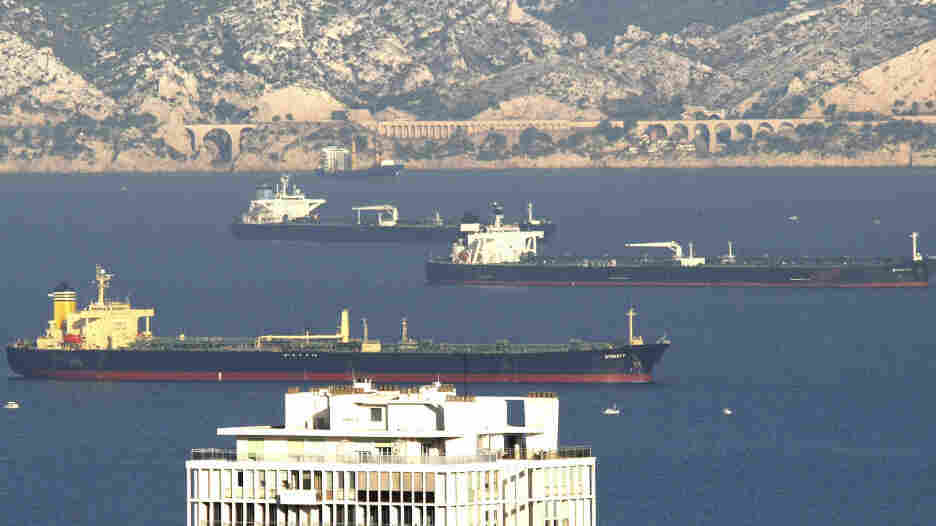 Two people were hurt when police descended on the refinery outside of Paris this morning. The Total refinery is seen as key to providing fuel to Paris and to De Gaulle and Orly airports. All 12 of France's refineries had been shut down by strikers over the past few weeks, and panicked buying had drained many gas stations. French President Nicolas Sarkozy, who had been keeping a low profile while people protesting his retirement reforms brought the country to a standstill, went on French TV last night, saying demonstrators "had no right taking the French people hostage." From the Guardian:

He denounced clashes between schoolchildren and police in Lyon yesterday as "scandalous" and said rioters would be punished. "It's not the thugs who will have the last word in a democracy, in a republic," the president said. "They will be arrested, found and punished."

He added: "In our democracy there are many ways to express yourself, but the most cowardly, the most gratuitous violence is not acceptable."

The French Prime Minister Francois Fillon said today it will be several more days before fuel supplies return to normal.

There were two separate attacks. The first targeted a military vehicle. A roadside bomb detonated as they were driving through the Orakzai tribal region in northwest Pakistan. 6 were killed in that blast. Three others died when a bomb exploded at a mosque on the outskirts of Peshawar during Friday prayers. 22 more people were wounded. The AP reports that the Orakzai was the scene of significant assault by the Pakistani military on insurgents earlier this year.

For months, the military pounded Orakzai with airstrikes, eventually staging a ground operation as well. The offensive intensified in March, with the reported daily death tolls of suspected militants sometimes in the dozens.

In June, the Pakistani army declared victory over the Taliban in Orakzai, saying the tens of thousands of civilians forced to flee could expect to return home soon. But that declaration appeared premature — fighting was reported in the days afterward, and civilian returns have been limited. 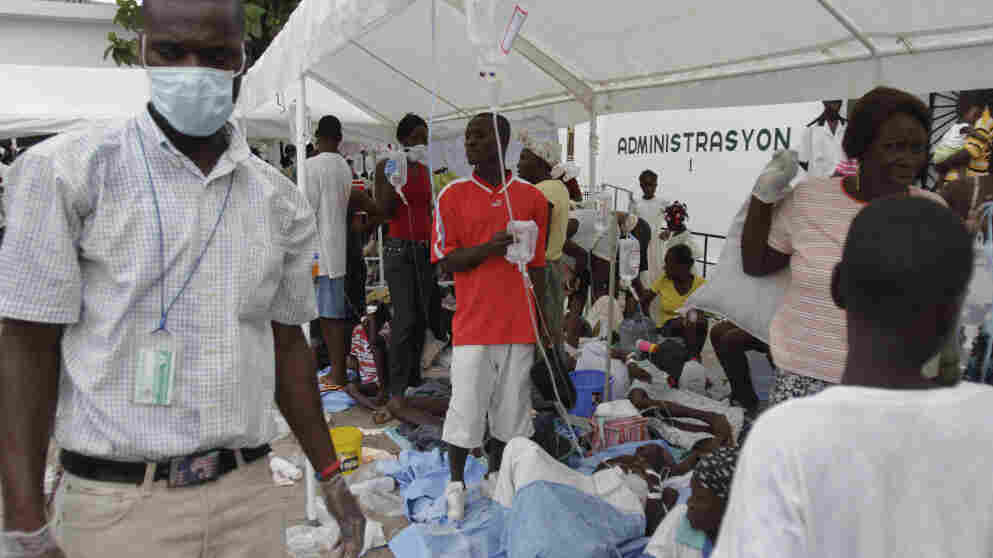 At least 1000 people have been hospitalized in the rural Artibonite region, a rural area deep in Haiti. The main hospital in St. Marc is at capacity. While the US and health agencies haven't confirmed cholera as the cause of the mass diarrhea and vomiting, the US embassy has issued a warning about the outbreak. The Miami Herald reports that the Haitian government and others are convinced cholera is at fault.

The conclusion of cholera was supported by diplomats at one foreign embassy. A report obtained by The Miami Herald stated that foreign health experts working with the Haitian government to identify the problem were ``99 percent sure it is cholera'' that caused severe diarrhea and vomiting in St. Marc, Mirebalais, Drouin and Marchand Dessalines. On Thursday, Haitian health specialists along with the Centers for Disease Control and Prevention in Atlanta continued to investigate the source of the outbreak while the government trucked in thousands of gallons of water.

Cholera can kill within hours if left untreated.