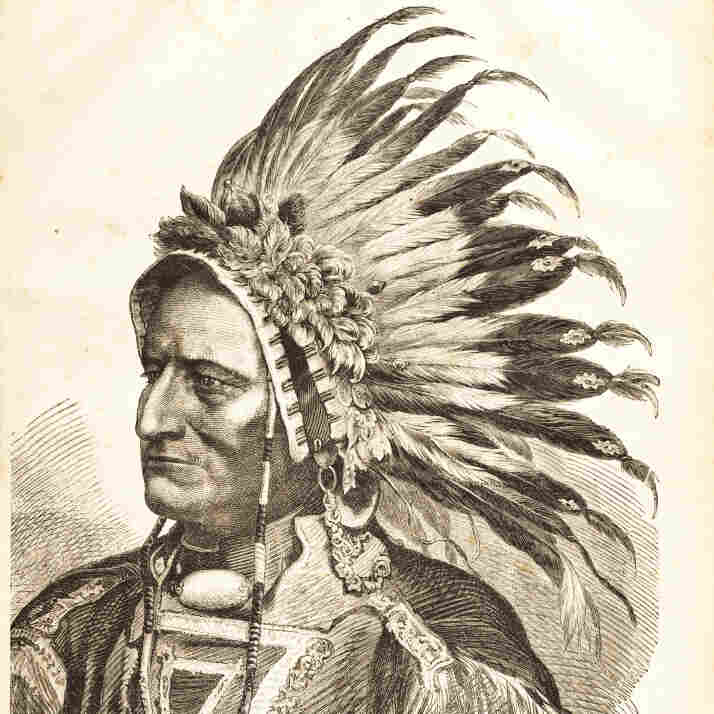 Finding out that childhood heroes have feet of clay is nothing new. Sometimes it can actually be reassuring in an odd way, that they too are human. But then you stumble across something like this and you have to completely re-evaluate everything you thought you know about someone.

L. Frank Baum, before he wrote The Wonderful Wizard of Oz ran a newspaper in South Dakota. This was in the early 1890's during the Indian Wars. When Baum heard of the killing of Sitting Bull and the massacre at Wounded Knee, he wrote editorials calling for killing each and every last Native American.

From his Sitting Bull editorial:

The proud spirit of the original owners of these vast prairies inherited through centuries of fierce and bloody wars for their possession, lingered last in the bosom of Sitting Bull. With his fall the nobility of the Redskin is extinguished, and what few are left are a pack of whining curs who lick the hand that smites them. The Whites, by law of conquest, by justice of civilization, are masters of the American continent, and the best safety of the frontier settlements will be secured by the total annihilation of the few remaining Indians. Why not annihilation? Their glory has fled, their spirit broken, their manhood effaced; better that they die than live the miserable wretches that they are.

Egads. It likely wasn't an isolated view at the time, but to have it stated so baldly by a beloved writer of children's books is shocking.