Accessibility links
Did Steampunk Forget The Meaning Of The Word Dickensian? : The Two-Way Steampunk literature, music, design, lifestyle all evoke a romantic ideal of a Victorian era that never was. One writer has had enough, saying the ahistorical nature of the movement ignores the true awfulness of the era for most.

Did Steampunk Forget The Meaning Of The Word Dickensian?

Did Steampunk Forget The Meaning Of The Word Dickensian? 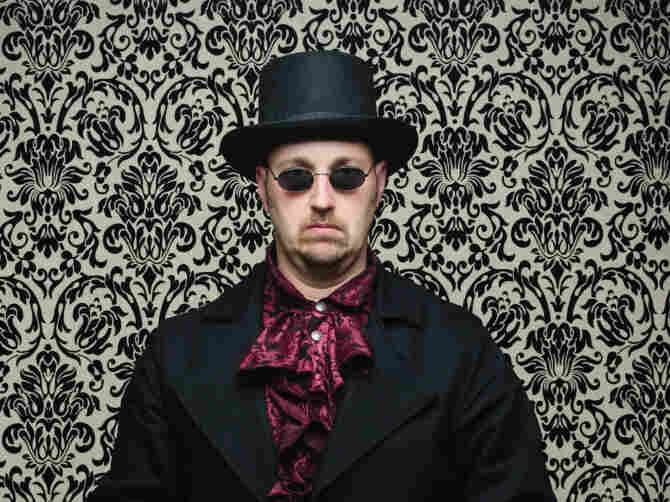 Steampunk, if you aren't familiar with the thing, is a romanticized version of the Victorian era, where things are just cooler. Or as Girl Genius, the epic Steampunk comic puts it, "Adventure, Romance, Mad Science!" It has spawned a somewhat bloated science fiction sub-genre, music, conventions, bars, dress (heavy on the corsets), movies, houses, lifestyle, the design aesthetic of boing boing, one of the funnier rap videos, it's also been written about in the Times and the Guardian. Heck NPR has done more stories than I care to think of about its various aspects (which I would normally assume assures that the movements moment had passed, but it seems not.)

Anyway, there certainly does seem to be quite a bit of it around. Enough, at least, to get on the nerves of Scottish novelist Charlie Stross, who considers the genre, well, offensively ahistorical and wonders, "What would a steampunk novel that took the taproot history of the period seriously look like?"

Forget wealthy aristocrats sipping tea in sophisticated London parlours; forget airship smugglers in the weird wild west. A revisionist mundane SF steampunk epic — mundane SF is the socialist realist movement within our tired post-revolutionary genre — would reflect the travails of the colonial peasants forced to labour under the guns of the white Europeans' Zeppelins, in a tropical paradise where severed human hands are currency and even suicide doesn't bring release from bondage. (Hey, this is steampunk — it needs zombies and zeppelins, right? Might as well pick Zombies for our single one impossible ingredient.) It would share the empty-stomached anguish of a young prostitute on the streets of a northern town during a recession, unwanted children (contraception is a crime) offloaded on a baby farm with a guaranteed 90% mortality rate through neglect. The casual boiled-beef brutality of the soldiers who take the King's shilling to break the heads of union members organizing for a 60 hour work week. The fading eyesight and mangled fingers of nine year olds forced to labour on steam-powered looms, weaving cloth for the rich. The empty-headed graces of debutantes raised from birth to be bargaining chips and breeding stock for their fathers' fortunes. In other words, it's the story of all the people who are having adventures — as long as you remember that an adventure is a tale of unpleasant events happening to people a long, long way from home.

This is just the pointy tip of the spear, the whole thing is a classic takedown, similar perhaps to science fiction writer China Mieville's take on Tolkien, which Stross cites. One quick aside, besides being a trenchant writer, Stross is a very cool guy. He emailed me a copy of one of his novels that came out when I was in Iraq once, something that was a welcome escape from a nasty place.