Accessibility links
Danno Has Died: James MacArthur, 72 : The Two-Way James MacArthur, the man who was Danno to Jack Lord's Steve McGarrett on the 1970s television police drama Hawaii Five-O, died in Florida today, according to his agent. 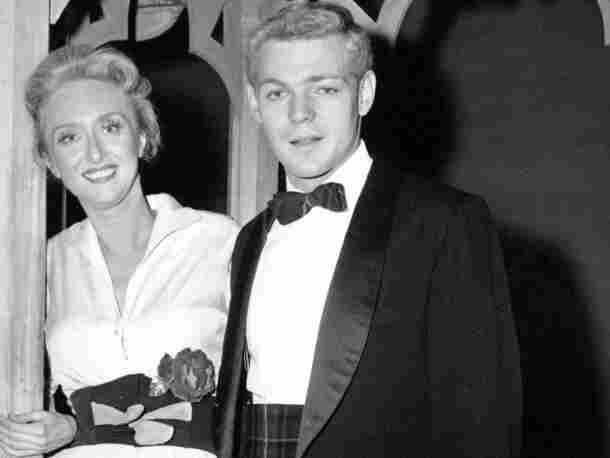 James MacArthur, the man who was Danno to Jack Lord's Steve McGarrett on the 1970s television police drama Hawaii Five-O, died in Florida today, according to his agent.

Although he had a long career on stage and screen, it was MacArthur's work playing Danny "Danno" Williams on Hawaii Five-O that resonated with the public.

Many of the show's episodes ended with the two detectives finally snaring their perpetrator -- and McGarrett spitting out the signature line, "Book 'em, Danno."

MacArthur was a regular on Hawaii Five-O for 11 of its 12 seasons; it aired from 1968 to 1980. CBS launched a new version of the series this year. When the network held a premiere to launch the new show, MacArthur sent his regrets -- and a note about what the show had meant to him. Here's an excerpt, from his Web site:

I can remember back to when Lenny Freeman called to invite me to participate in the original version. My first thought was, “Great! If I’m lucky, this is my free ticket to 13 weeks in Hawaii. Count me in!”

Little did I know that 40 years later, people would still be calling out to me to “Book ‘em, Danno!” wherever I go, and that Hawaii Five-0 would become a worldwide phenomenon, an indelible part of our modern culture…

Here's a summary and highlight tape of the show, when its producers were preparing it to go into syndication:

As a young actor, MacArthur appeared in the Walt Disney movies Kidnapped, Third Man on the Mountain, Swiss Family Robinson and The Light in the Forest.

He also had roles in The Interns, Spencer's Mountain, Battle of the Bulge and Hang 'Em High, as well as many guest roles on TV series such as Gunsmoke.

James MacArthur grew up in New York, the adopted son of stage actress Helen Hayes and playwright Charles MacArthur. He married three times -- most recently to H. B. Duntz, in 1984. He has four children and six grandchildren.