Accessibility links
A Short History Of Al Qaida In Yemen : The Two-Way Princeton University Professor Gregory Johnsen provides a concise and cogent look at the recent past in Yemen, and how both Yemeni and US officials allowed Al Qaida to regain its foothold in the country.

A Short History Of Al Qaida In Yemen

A Short History Of Al Qaida In Yemen 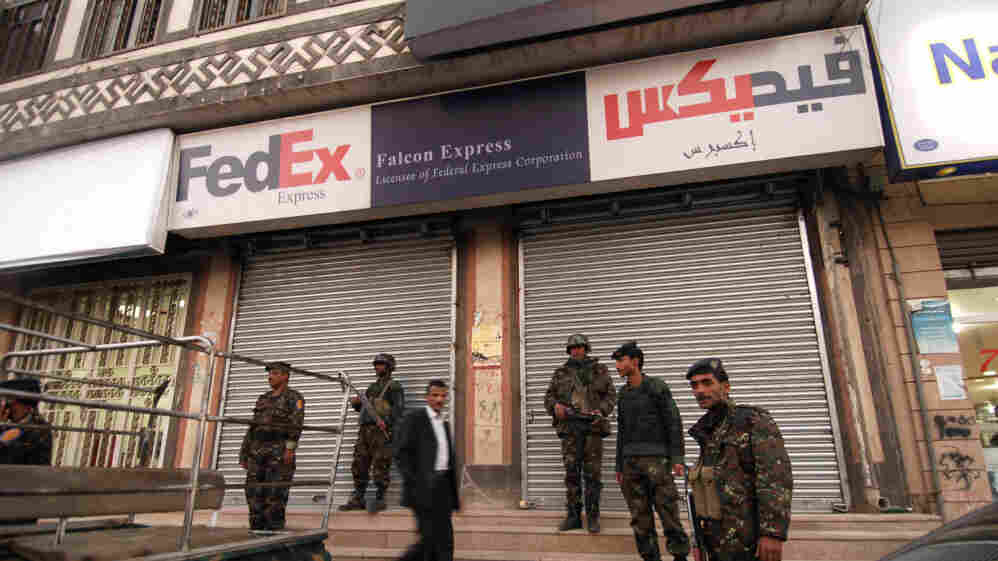 Yemeni security are seen outside a branch of the package delivery firm FedEx in Sanaa on October 30, 2010.  MOHAMMAD HUWAIS/AFP/Getty Images/AFP hide caption

For those interested in a little more background on Yemen and what has been going on there this morning, there's a great little piece in Foreign Policy by Gregory Johnsen, who appeared on Morning Edition this morning. Just a sample about how US policy has been, at the very least, mis-aimed.

The spark came early one morning in February 2006, when 23 al Qaeda suspects tunneled out of a maximum-security prison on the edge of Sanaa and into a neighboring mosque, where they performed the dawn prayer before walking out the front door to freedom.

Hampered by inattention and the resulting sketchy intelligence reports, U.S. officials focused on what they knew. They concentrated their efforts on Jamal al-Badawi and Jabir al-Banna, the two escapees on the FBI's most wanted list. But as is so often the case, it was what and who the U.S. didn't know that would, in the end, be the most damaging.

Always nice to have a bit of history amidst all the excitement of a developing story. Go read the whole thing.