Accessibility links
Xbox Kinect Not Racist After All : The Two-Way A gaming site said the new Xbox camera controller wouldn't recognize people with dark skin color. Consumer Reports followed up and says the issue is the level of light in the room, not skin tone.

Xbox Kinect Not Racist After All

Xbox Kinect Not Racist After All 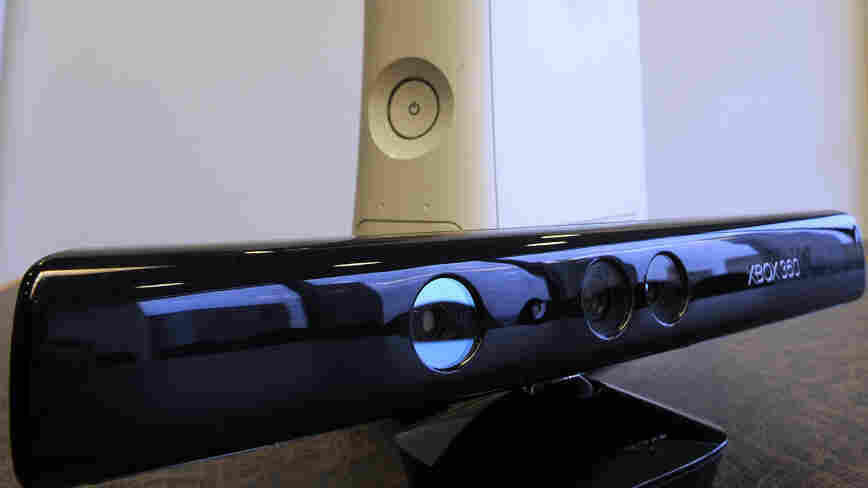 It spread around the internet like wildfire yesterday. Microsoft's Xbox Kinect was racist. The new controllerless controller uses cameras to watch people's faces and movement and allows people to move their bodies to control the video game.

The popular gaming site Gamespot released its review of the new product the other night, it included this paragraph:

While testing out the Kinect, two dark-skinned GameSpot employees experienced problems with the system's facial recognition abilities. The system recognized one employee inconsistently, while it was never able to properly identify the other despite repeated calibration attempts. However, Kinect had no problems identifying a third dark-skinned GameSpot employee, recognizing his face after a single calibration. Lighter-skinned employees were also consistently picked up on the first try.

As you can imagine, and as you might have heard, the "Xbox is racist" meme was launched. Consumer Reports was reminded of an HP webcam that was also called racist, a claim they debunked last year. So they decided to check it out:

Here's what we found: The log-in problem is related to low-level lighting and not directly to players' skin color. Like the HP webcam, the Kinect camera needs enough light and contrast to determine features in a person's face before it can perform software recognition and log someone into the game console automatically.

Essentially, the Kinect recognized both players at light levels typically used in living rooms at night and failed to recognize both players when the lights were turned down lower. So far, we did not experience any instance where one player was recognized and the other wasn't under the same lighting conditions.