Accessibility links
Keith Olbermann Suspended After Political Contributions : The Two-Way The primetime host was suspended the network learned he had donated to three political campaigns.

MSNBC suspended Keith Olbermann indefinitely and without pay today. This comes after Politico reported that the cable channel's primetime host had donated to three Democrats' campaign. 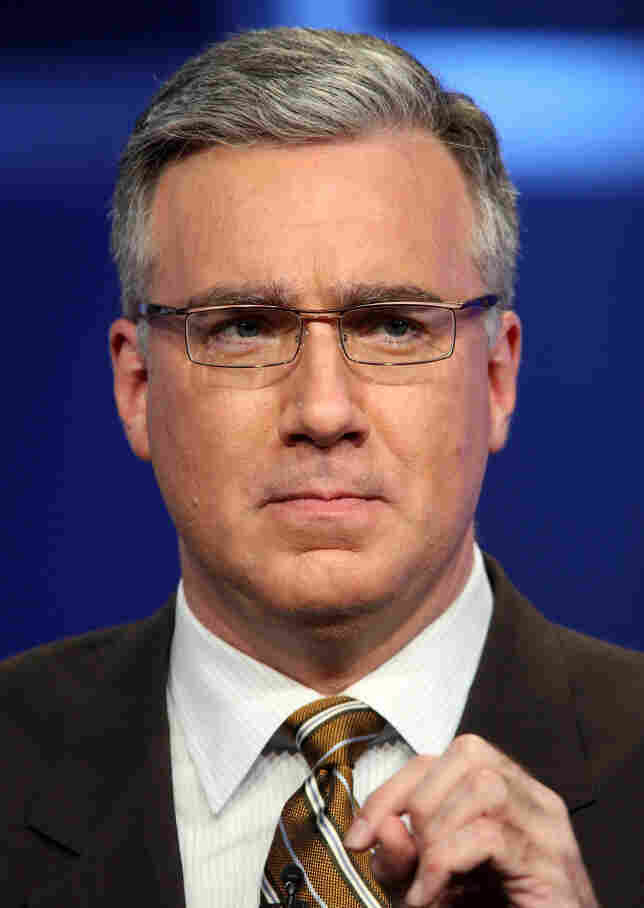 I became aware of Keith's political contributions late last night. Mindful of NBC News policy and standards, I have suspended him indefinitely without pay.

The New York Times' Media Decoder reports no one at NBC would speculate on whether this will lead to Olbermann's departure from MSNBC, but it does quote an unnamed "NBC executive" saying this was "not a step toward firing him."

Olbermann, who acknowledged the contributions in a statement to POLITICO, made the maximum legal donations of $2,400 apiece to (Kentucky Senate candidate Jack Conway) and to Arizona Reps. Raul Grijalva and Gabrielle Giffords. He donated to the Arizona pair on Oct. 28 — the same day that Grijalva appeared as a guest on Olbermann’s “Countdown” show.

Olbermann is widely considered a liberal counterweight to the pundits on rival network Fox and that distinction has gotten many asking whether a donation even matters.

Justin Elliot of Salon's War Room points out that Fox's Sean Hannity, "a rough analogue of Olbermann on the right," gave $5,000 to Michele Bachmann (R-Minn.)

Greg Sargent at the WaPo's Plum Line points out that in 2006, fellow MSNBC host Joe Scarborough "gave at least $4,200 in 2006, to House GOP candidate Derrick Kitts of Oregon, according to the FEC."

Any way you look at it, adds Ben Smith, this is a big deal for MSNBC:

The suspension does seem to cut hard, though, against the source of MSNBC's success, its unabashed liberalism in prime time.

Taking his place tonight will be Chris Hayes of the center-left magazine The Nation.

NPR's David Folkenflik reports that Hayes has given money to Democratic candidates before, but he's not an NBC employee.