Accessibility links
Indonesians Flee Erupting Mt. Merapi : The Two-Way Residents of Yogyakarta are fleeing the city, fearing that Mt. Merapi will erupt again and the flow could reach the city, some 20 miles from the volcano. 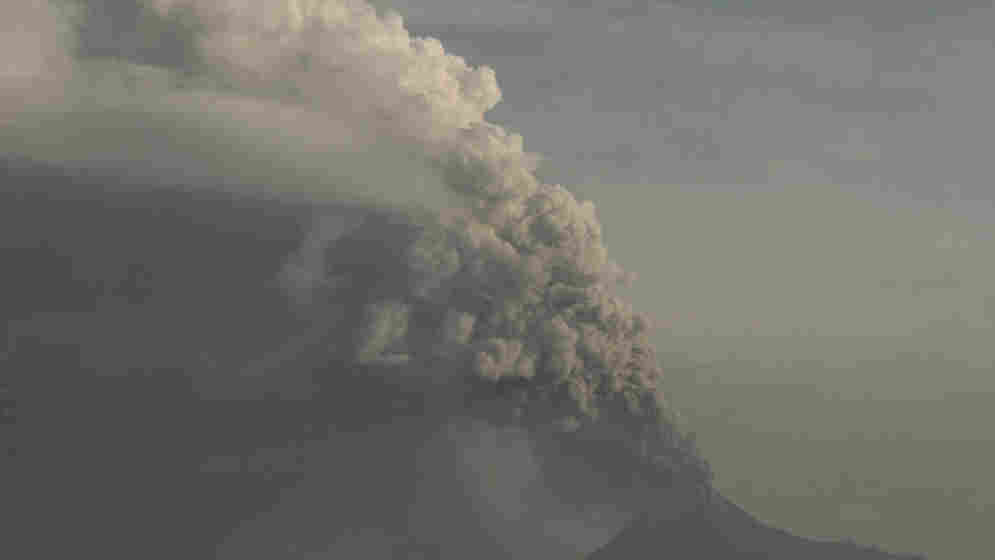 Mount Merapi threw ash thousands of feet into the air today, and officials warn it could erupt at any time. People are fleeing the nearby city of Yogyakarta, about 20 miles south of the volcano. The AP is reporting that people are leaving the city any way that they can.

"My parents have been calling ... saying 'You have to get out of there! You have to come home!'" said Linda Ervana, a 21-year-old history student who was waiting with friends at a train station in the university town of Yogyakarta, 20 miles (30 kilometers) away.

After failing to get tickets, they rented a minibus with other classmates.

The death toll has risen to at least 141 people as rescuers discover more bodies, many too charred to identify. They are being buried in a mass grave. Scientists say the real danger to Yogyakarta is boiling mud that could rush down a river into the city at up to 60 miles an hour. 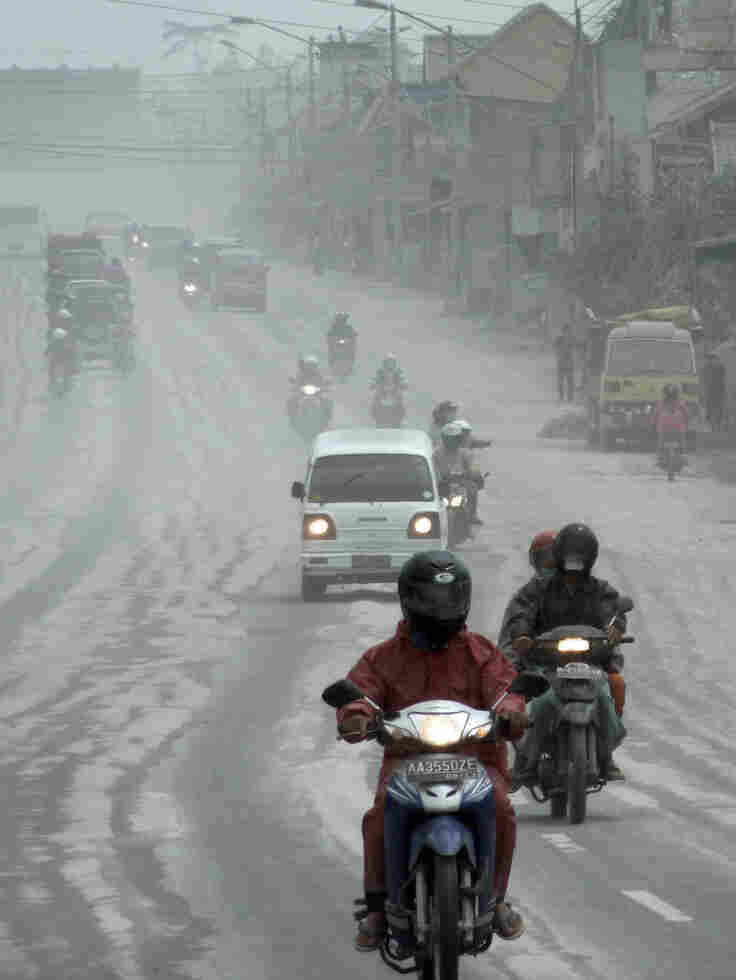 The Yogyakarta airport is closed, but international flights resumed to Jakarta today. President Obama is expected to land in the country tomorrow.